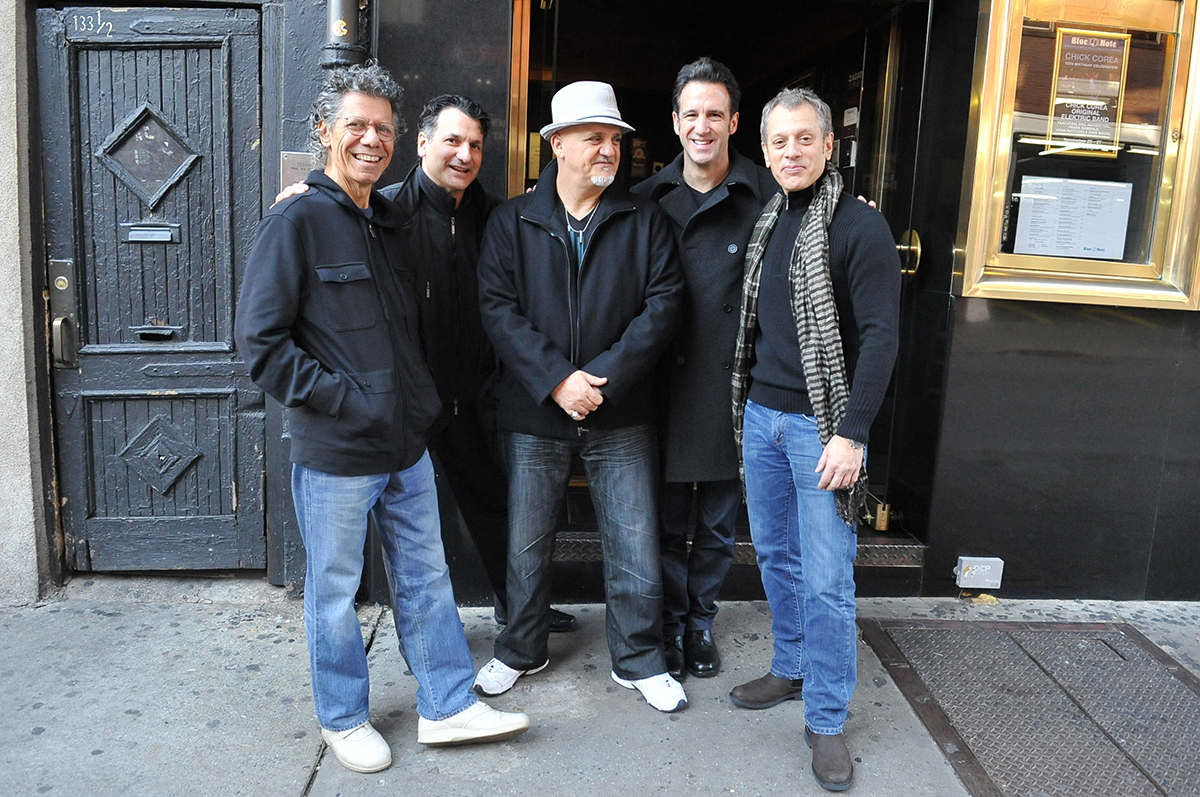 “I wouldn’t be playing the kind of music I play in the first place if it wasn’t for seeing Chick when I was a teenager,” Fleck said in a 2007 video from the Concord Music Group teasing the release of The Enchantment, the duet album between banjo virtuoso Fleck and jazz piano legend Chick Corea.

The two musical pioneers will have their bands in tow at a special time Friday in the Amphitheater. At 7:30 p.m., the Chick Corea Elektric Band and Béla Fleck and the Flecktones will co-headline a night of jazz-infused innovation.

For his part, the 76-year-old Corea is deserving of a tip of the cap. Corea himself is a 22-time Grammy award winner, so the respect he garners as a trailblazer is substantial.

British rocker Sting even went so far as to say that “(Corea) completely devastated the landscape. It was like scorched earth — so musical, so powerful, so incredibly virtuosic.”

Corea’s long and storied career — and the music produced therein — has seen him continually push the envelope of jazz composition, both for himself as a musician and for the genre itself. Since his 1966 solo debut, Tones for Joan’s Bones, Corea has made it his mission to continue to grow and evolve as a player and composer.

“My personal successes have always been the result of following my true interests — of allowing myself to be interested in what I’m truly interested in — and then going ahead and learning more about it, increasing my abilities gradually as I go,” Corea said in a 2014 interview with Argentinian newspaper Clarín. “My ‘secret’ is I’m always the student, not the teacher others assume I am.”

Corea has played with such fellow legends as Miles Davis, as well as full symphony orchestras, electric jazz bands, flamenco stars and everyone in between. He has made a career out of collaboration, insisting that it is these partnerships that have allowed him the musical growth he has continued to experience.

“I have always tried my best to find the company of artists and musicians of great ability and creativity, and to work for them and with them, and to observe how they accomplish what they do, and to learn to apply that to my own life,” Corea told Clarín. “This approach has worked well for me.”

It is this desire to continue to work with innovators that brought Corea and Fleck together in the first place. While Fleck, 59, has made no secret of his adoration for Corea and his musical excellence, Corea was just as intrigued by Fleck.

“I was always just as interested and fascinated by this ‘young’ man’s musical vision,” Corea told the Anchorage Daily News in 2014. “When we began to play with one another the fun factor jumped out as the highest priority. We both recognized this and so continue to do projects and concerts together.”

Before their current tour, Fleck spent the month of July touring Europe with Corea, playing shows as a duo.

For Fleck, a musician best defined as undefinable, this constant movement, this constant desire to keep busy, is not just a professional drive, but a creative one as well.

“I seem to need a lot of stimuli to feel alive as a musician,” Fleck said. “If I don’t have something new cooking that stretches my abilities, I’ll start to go dark, and I don’t like that feeling.”

During Fleck’s career, he has found stimuli in myriad ways. Solidified as an impresario of the banjo, he has used the instrument as a passport into constantly widening, ever varied musical ventures.

He has performed as a solo artist, as part of collaborations and as a member of numerous bands. He has been a part of music labeled “bluegrass,” music labeled “jazz” and music labeled “world.” To date, he has composed three concertos, performing with the likes of the Canton, Colorado, South Carolina and Louisville symphony orchestras, and in 2016, his collection of duets with his wife, Abigail Washburn, won the Grammy Award for best folk album.

With his time constantly filled by one musical venture or another, Fleck has had the chance to tour with the Flecktones on only one other occasion, for less than a month, since 2012.

“We don’t play full-time these days,” Fleck said, “but we get together on certain special occasions to play certain short tours.”

The chance to bring the Flecktones on the road with Corea and his Elektric Band is one of those special occasions.

“Chick and I do a lot of different projects, but these two groups can be considered essential for each of us,” Fleck said. “When Chick asked if we would consider coming together to co-bill with his (Elektric) Band, it seemed like a great reason to get the old band back together.”

There’s been an unexpected windfall of putting the Chick Corea Elektric Band and Béla Fleck and the Flecktones on the road together, most notably on a stage that has both bands’ equipment set up at the same time. Fleck said that this makes the collaboration that has occurred during shows nothing but natural.

“The audiences are loving it,” Fleck said, “and we’re having the time of our lives.”