Her story is told in Caren Stelson’s Sachiko: A Nagasaki Bomb Survivor’s Story, this week’s CLSC Young Reader selection, which will be discussed at 4:15 p.m. Wednesday at Boys’ and Girls’ Club. Susan Southard, the author of Nagasaki: Life After Nuclear War, one of this week’s Chautauqua Literary and Scientific Circle book selections, will lead the discussion and activity.

Sachiko deals with difficult topics for any reader, especially children. But Karen Schiavone, Special Studies and youth programs associate, said that because the narrative is told through a child, it makes the story easier for young readers to grasp. 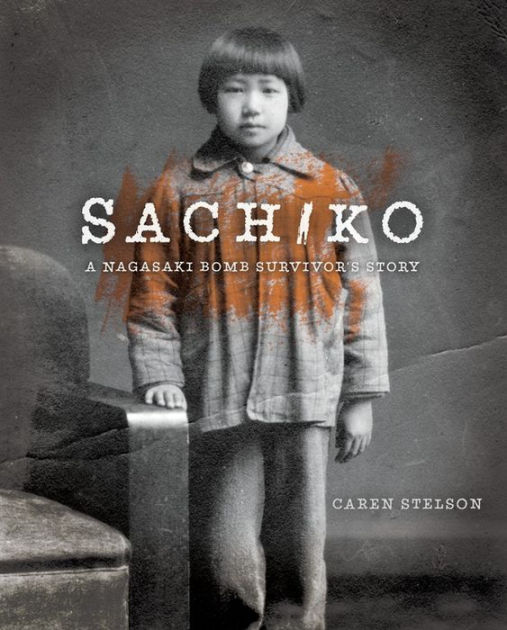 “When you can relate to the age of the character, even in a book like this, you can find some commonalities with another kid who’s growing up in another part of the world,” Schiavone said. “This is far different from any other book we’ve done this year, and so different than what kids grow up with today.”

Schiavone said whenever a historical book is written as a narrative, it’s more engaging. It helps readers “sense the big picture without maybe seeing the picture at the same time,” she said. As opposed to reading about statistics and overarching problems, readers can become engrossed in one family’s struggle that represents the larger crisis.

Stelson’s book flips between Sachiko’s personal story and the historical context of what is going on around the world during the war. For example, Stelson writes that in the summer of 1945, Sachiko’s father prepared to join the Imperial Japanese Army. That was also the summer when “the Allied partnership began to fray,” with U.S. President Harry Truman and Soviet leader Joseph Stalin having different views on Japan and the end of the war.

The historical context is interwoven with Sachiko’s story, making it easier to follow the often confusing timeline of the war. Schiavone said the book was a nice reminder for her as an adult, and is a great introduction for children who might not have been exposed to this history yet.

In her own elementary, middle and high school education, Schiavone said she remembers her teachers focussing much more on what was happening in Europe during WWII than the bombings in Japan.

“I think that we have a tendency, as a country, to think of ourselves as the winners of the wars and the saviors,” Schiavone said. “This book is a good reminder for kids who haven’t lived through it — it’s a reminder that we’re not always the good guys.”

Schiavone said that history always matters because “it’s how we learn from our mistakes.” Whether those mistakes are made as individuals or as a country, there’s a lesson in discussing what happened and how we overcame it.

Following the discussion of the book, Southard will lead the kids in a haiku writing activity. The children will be asked to write a haiku about a time when they were challenged, and then another haiku about what made the situation change for the better.

While Sachiko’s situation differs greatly from that of most young readers, there are still everyday struggles within her difficult situation in life to which readers can relate. Schiavone said one of the most heart-wrenching aspects of the book is how Sachiko is bullied for being a bomb survivor.

“I just didn’t know that was something that happened,” Schiavone said. “It was eye-opening. It contains good lessons for both kids and adults.”