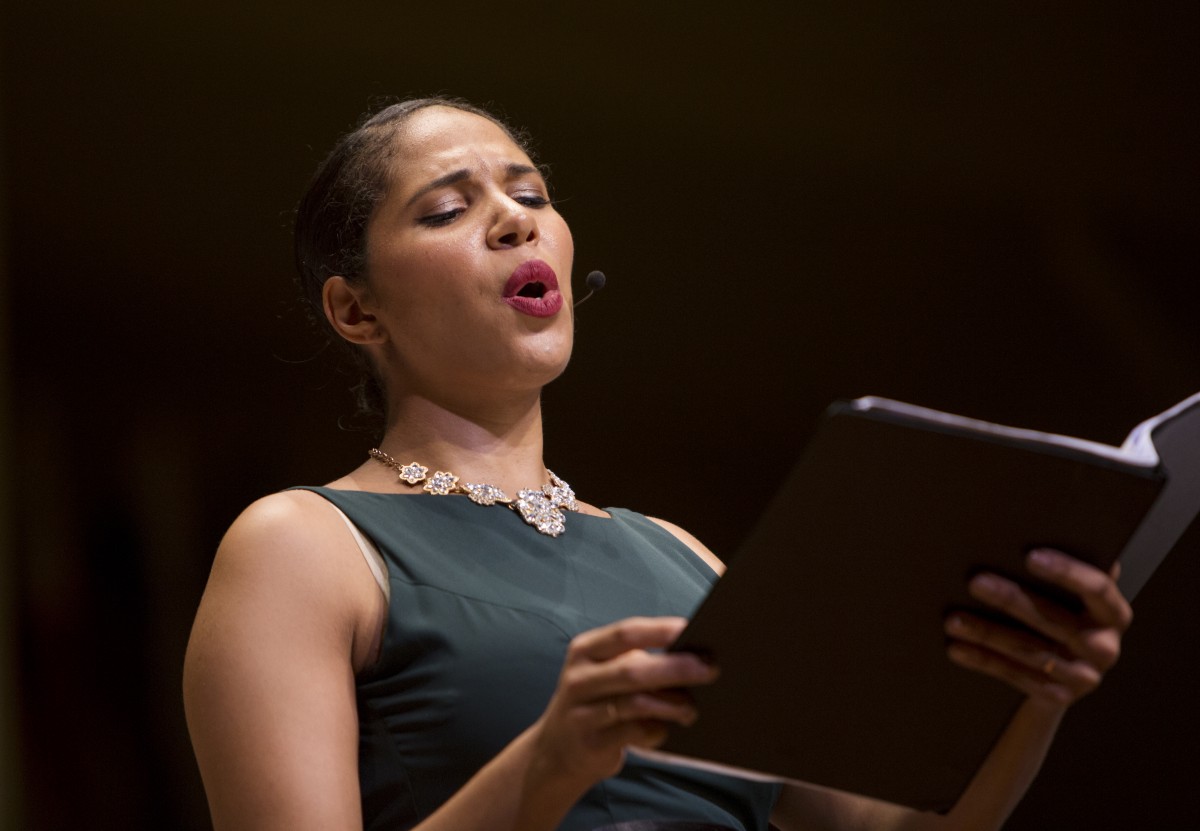 Chautauqua’s School of Music puts a heavy emphasis on chamber music, but this is not the norm for conservatories, music schools or music festivals. Many music students said they either had very limited chamber experience or unsatisfying chamber experience at school before coming to Chautauqua — especially undergraduate students.

And in the strings chamber group made up of violinist Leina Sheehy, violinist Hsihting Wu, violist Maya Fields and cellist Jonathan Lien, all of the members are undergraduate students. This quartet was formed at the beginning of phase one of the student chamber music recitals.

Sheehy, a rising junior at New England Conservatory, said the chamber music experiences that she had before coming to Chautauqua were mostly playing contemporary music like Philip Glass, rather than classical music like Ludwig van Beethoven’s works. But Sheehy said she felt happy that she is currently in a “good group” where “we definitely get along pretty well.”

“Our violist is particularly enthusiastic about having bonding sessions, like we went for a walk together,” Sheehy said. “A couple days ago, we were having 8 p.m. chamber rehearsal, and we rehearsed for like 30 minutes and spent the next hour and a half talking about movies and TV shows.”

Lien, who is a rising junior at The Juilliard School, would rank chamber music as his favorite preference out of solo performance, chamber music and orchestral work because he likes working in an “intimate setting” of music.

“I really do love being able to work with a group, really finding out what that piece is about for all of us,” Lien said. “It’s like a family coming together.”

Though working in an intimate setting is enjoyable, the process can be challenging because the quartet members need to “feel one another,” according to Bottoms, who is working on her post-master’s certificate at Curtis Institute of Music.

“None of them have worked with a singer before. … It’s murky water for all of them, and for me, it’s a little bit of murky water, (because) not too often do I get to work with chamber (musicians) as I do with orchestra,” Bottoms said. “So you have a conductor to mediate everything and to kind of lead the brigade, but here in chamber, it’s very much about feeling one another, feeling one another’s breath and sense of phrasing.”

And yet, to Bottoms, every part is crucial in painting the picture that Chausson wanted to depict in “Chanson perpetuelle,” like every element in perfume.

“While a lot of (the music) is call-and-response in nature, the string players don’t have words written in their part,” Bottoms said. “So they have to open their ears to be highly aware of my phrasing and breaths, and also know the translations of the text — this way, they can have the right emotional intent in their playing.”

According to Lien, working with a vocalist in a chamber music setting is like accompanying, unlike in a usual string quartet, where the cello is equally involved. In the “Chanson perpetuelle,” Lien said, “it’s a lot of us following the vocalist, finding out her pulse or what her phrasing would be, blending our sound and trying to play music with (the vocalist).”

But in terms of working with Zhang in the Brahms Quintet, Lien said pianists’ approach feels similar to how strings players approach music.

“With pianists, they are a lot more in our realm,” Lien said.

Zhang is a piano student who recently received her master’s from Juilliard. For Zhang, this is her first quintet experience, although she is most experienced in playing duos and has had some trio and quartet experiences.

Zhang said the first movement is her favorite movement out of the four in Brahms op. 34, and she felt happy about being able to play the movement that she “extremely loves.”

Zhang said cooperation gets tricky when there are five musicians rehearsing together, especially when it comes to communication. Any spot in the music is easily affected by one person’s mood if they are having a bad day.

“It is much easier to communicate between two people, or among three people,” she said.

Zhang said in this Brahms quintet, all five of the players are equally involved, just like five soloists.

“And we didn’t really know one another before rehearsal began. … Suddenly, the five of us need to have a strong connection and (be) performing together like comrades,” she said. “It is challenging.”