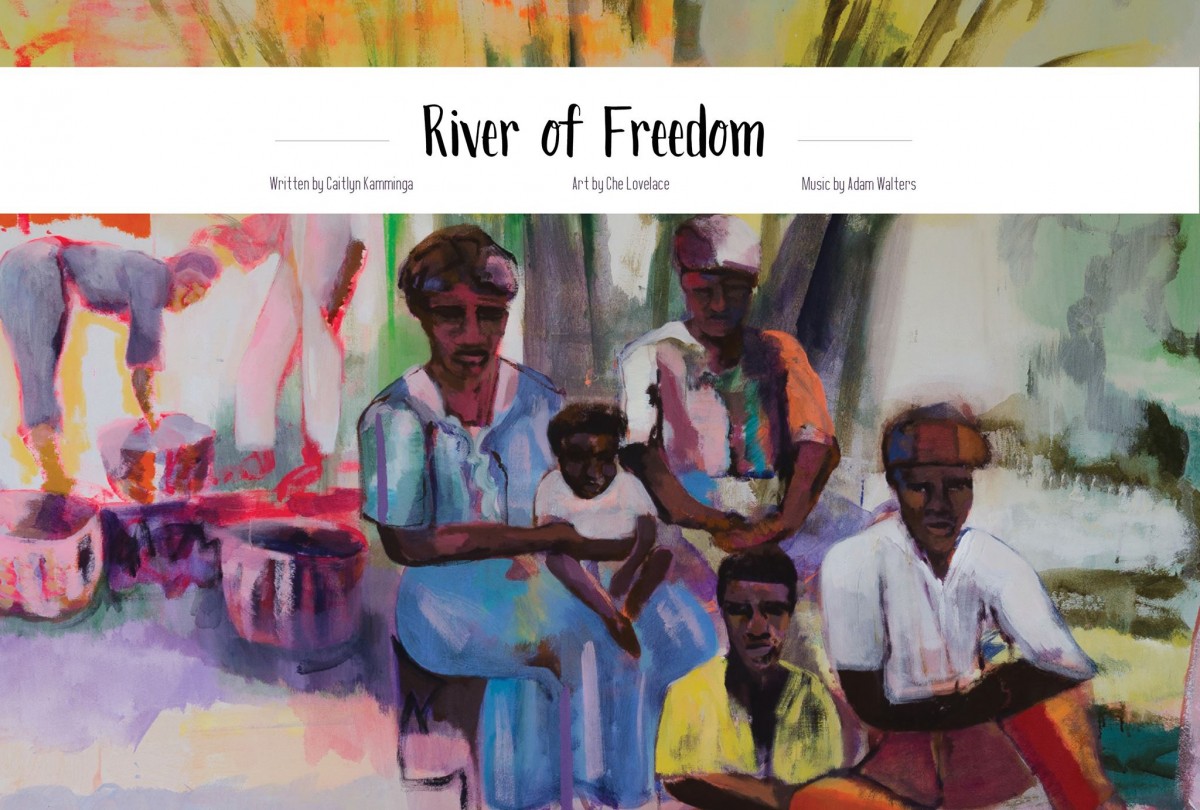 Caitlyn Kamminga’s bio begins as many do, with degrees from a prestigious music school. The next few items reveal her eclectic career as an international orchestral musician, with positions in the United States, Hong Kong, Wales and London — but the current item is probably the most surprising.

In 2009, Kamminga — a member of the Chautauqua Symphony Orchestra —  left her life as an orchestral player and moved to Trinidad to be on the faculty of the then-new Academy for the Performing Arts at The University of Trinidad and Tobago.

At 4 p.m. Saturday, Aug. 18, in Elizabeth S. Lenna Hall, Kamminga will share a slice of Trinidad with Chautauquans in a performance of “River of Freedom: The Journey of Black Freedom Fighters in the War of 1812,” a work with music by composer Adam Walters and words by Kamminga.

This concert will be the final installment of the Resident Artist Series, a chamber music concert series featuring CSO musicians and School of Music instructors.

When Kamminga and her family moved to Trinidad, they were only planning on staying for a few years. It was difficult to raise a family in the hard-working classical music scene in London, so they jumped at the opportunity for a change of pace — nine years later, they’re still there.

“It was just an opportunity to bring the family together,” Kamminga said. “We thought that even if we only had a couple of years there, it would be an amazing cultural experience. Then, we just started planting seeds, and those seeds started to grow, and now we’re just ensconced in the tapestry of Trinidad.”

As Kamminga became more entrenched in Trinidad, she also began to learn more about the culture and history of the island nation. In 2012, Kamminga and Walters came across the story of the Merikins, black Americans who fought for Britain in the War of 1812 in exchange for their freedom.

After the war, the British army gave some of those soldiers and their families land in southern Trinidad. “River of Freedom” is a interdisciplinary work of music and poetry that tells their story.

The “River of Freedom” story involves several different nations: the United States as the place where the black soldiers came from, Britain as the nation that offered them freedom, and Trinidad as the place where they would go. Because of that, Walters has included snippets of the national anthems of all those countries in the music, in addition to a variety of different hymns that one would hear in the spiritual baptist churches of Trinidad.

“River of Freedom” was premiered by Kamminga and others in those company villages.

“It was both scary and exciting,” Kamminga said, “because when you create a piece of art, then it goes out into the world and people get to have their own reaction to it. But we were delighted that the Merikin population loved it.”

This performance of the piece will be its American premiere and will feature CSO musicians, Kamminga, her husband, Aidan Chamberlain (trombone), steelpan player Mia Gormandy, and Chautauqua Theater Company conservatory actor Elijah Jones as narrator.

The premiere also featured projections of artwork done for the project by Trinidadian artist Che Lovelace, but Kamminga said that this rendition of “River of Freedom” will not include those projections.

“I decided that this would be a great opportunity to make sure that the piece stands on its own as a narrated piece of music, and we know it does.”

This project is the next in a streak of interdisciplinary collaborations that Kamminga has been a part of. Some of that is due to her nature — Kamminga said she has always been interested in the intersections of the arts, reading Goethe alongside Beethoven and studying Manet while learning Debussy.

But another part of it, Kamminga said, is the culture on the island of Trinidad.

“Trinidad kind of reminds me of Paris in the Toulouse-Lautrec times, when you had all of these artists and musicians and actors and choreographers just in this little pool of artistic work. Because it’s so small, people do a lot of different things.”