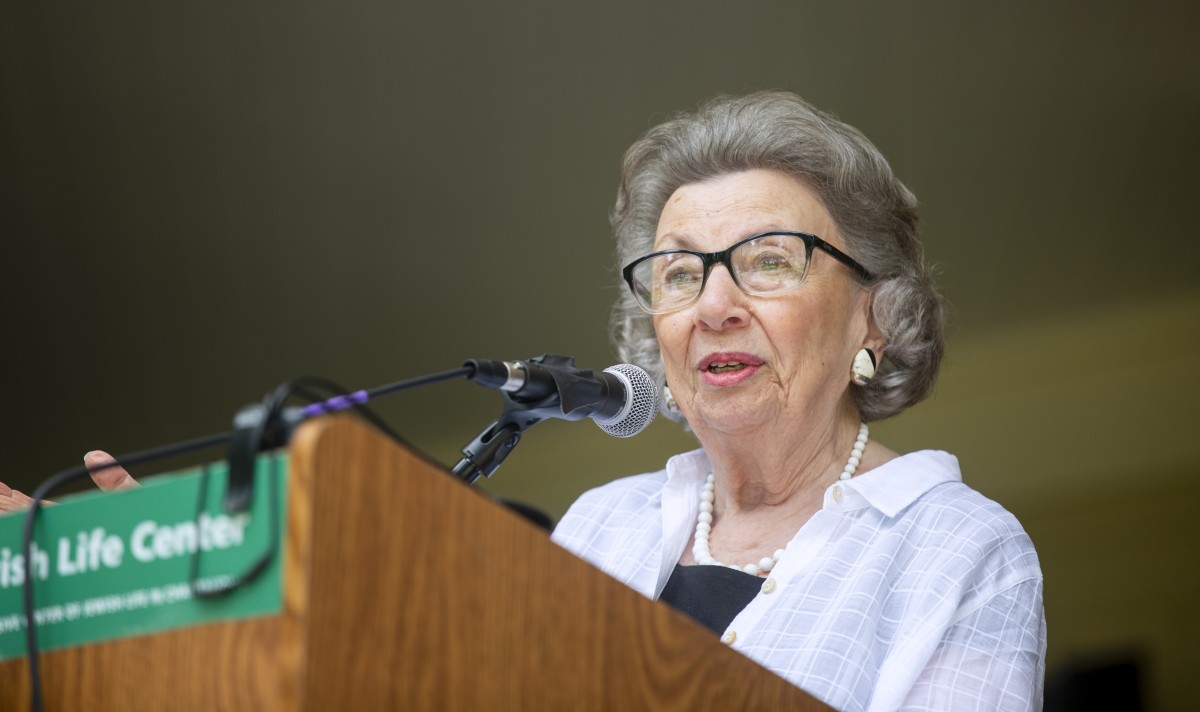 Ongoing acts of loving kindness, inclusivity and hopefulness are intrinsic to Edith Brenner Everett’s very being. Savvy planning, follow-through and hands-on involvement have transformed her bold visions into reality beyond expectation.

The Everett Jewish Life Center — “the inclusive center of Jewish life in Chautauqua” — is one such example. The center has been enhancing the quality of life and broadening the perspectives of Chautauquans of all faiths for a decade.

Everett, president and co-founder of the Everett Foundation, sought to honor the memory of her late husband and co-philanthropist, Henry J. Everett, an investment adviser, hedge fund manager and social justice champion. He passed away in 2004 at age 78.

At 9:15 a.m. Thursday, Aug. 9, at the Chautauqua Women’s Club, as part of its Chautauqua Speaks series, Everett will discuss “The Jewish Life Center: 10 Years in the Fabric of Chautauqua.”

The EJLCC celebrated its 10th anniversary on July 31 with a dedication ceremony at which Rabbi David Saperstein gave the keynote address.

“In a world in which you can do anything,” Saperstein said, “what you should do, the moral question, is a fundamental challenge facing humanity.”

Everett has long accepted this challenge with an open heart and mind.

She is the daughter of immigrants who had had no prior education in English before coming to America.

“I was extremely fortunate in my parents,” Everett said. “I didn’t know what I didn’t have. There was always food on the table, though it was the Depression. My parents hadn’t always had food, but I did. I was lucky.”

Everett said that her mother, who grew up on a Jewish farm in a German enclave of Poland, was very poor. Because Jewish people were required to pay to go to school — while Germans were not — her mother did not attend. After emigrating to the Williamsburg section of Brooklyn, NewYork,where Everett’s mother lived with her sister and only spoke English in the house, she taught herself to read and write at night after work.

Her father was in the sawdust business and built his own factory. Everett said that he drove for long hours, collecting sawdust from furniture and other manufacturers as far away as Syracuse and Upstate New York. In the 1930s when Everett was a child, the interstate highway system had not yet been laid out, and trucks were unheated and had none of the comforts, including showers, that they’re equipped with now.

“My mother shushed us when (my father) got home,” Everett said. “He was a very hard worker and very tired. I’m sorry I didn’t spend more time with him.”

By us, Everett also means her brother, Fred Brenner, nine years her elder.

“We were very close. … He was a surrogate father,” she said. “He bought me piano music and pastels and helped me with my homework.”

While Everett’s mother rejoiced that her son was born in 1919 and had thus missed World War I, he enlisted in the Air Force during World War II. When Everett was a teenager, her brother was reported missing in action.

“It was a hard time,”she said. “It had an effect on me. We hoped he’d turn up some place.”

When the family was notified that Fred had been killed, Everett said her mother was stoic and never cried openly.

At the age of 16, Everett entered Brooklyn College, which at the time was free of charge.

“I was on the debating team in college,” she said. “That was very important.”

While majoring in education, studying economic philosophy and planning to become a lawyer, Everett met her future husband on a blind date.

Having been valedictorian of his class at the Yeshivah of Flatbush, Henry Everett had earned one of the limited spots reserved for New York-area Jews at Columbia University, studied there for two years, then was drafted into the army and sent to the Philippines until World War II ended. He then returned to Columbia.

“On the dates I’d had before, I wasn’t able to talk about the economic philosophers,”Everett said.“But I could with him.”

For three years, Everett taught second and fourth grades in the East New York section of Brooklyn and earned her master’s degree at Columbia University’s Teachers College. She left teaching when her first child was born.

Her new husband concentrated in Finance and earned his MBA at Columbia. Given the limited opportunities in finance for Jewish people, Henry Everett focused on marketing research at the high-end Brooklyn-based department store, Abraham and Strauss. Everett said that eventually, her husband became the store economist.

“My husband was very proper,” Everett said. “He wouldn’t do anything that wasn’t 100 percent (ethical). He had an interest in the stock market … but not on company time.”

Everett was the one to call a broker on her own time. She said she began studying for, and passed, the exam to become an investment broker.

“My husband was a big-time feminist,” Everett said. “Whenever we did anything, we did it jointly.”

Together, the couple established a family foundation in 1955, which they incorporated in 1957 — Everett Foundation. Since the company’s conception, the couple’s priorities have been Jewish organizations and educational and human services.

In 1961, when the Everett’s children, David and Carolyn, were 9 and 6, respectively, Everett took a job on Wall Street. She was a rarity; there were few female analysts and fewer brokers.

“I never wanted a full-time worker in the house,” Everett said.

Because she was concerned about her children when she was away at work, she and her husband bought a house across the street from a Hebrew Day School in Brooklyn.

“I moved to a Wall Street firm with a Brooklyn office and stayed there for 40 years,” she said.

About a year later, “Henry started a hedge fund,” she said. “He never wanted (Lexington Associates, his investment and securities management company) to be big. We worked in the same office, but in different businesses, and were married for 54 years.”

At Gruntal & Co., Everett rose to senior vice president of investments. “There weren’t many women,” Everett said. “I had a secretary early on and got very spoiled because there was always a helper.”

While looking in the early 1970s for a project for their family foundation to support in Israel, the Everetts sought to genuinely make a lasting difference for those who needed it most.

“Arab countries became denuded of Jews in the mid-1950s,” Everett said. “No one talks about this. The government settled many of them around the country, including Northern Israel.”

The Everetts chose Hatzor HaGlilit, north of the Sea of Galilee, because it was the poorest town on the list of those in need of assistance. They personally shepherded the building and outfitting of what would become a model K-12 school: the Everett Comprehensive School.

The Everetts recruited trained principals and teachers through the Israel Sci-Tech Schools Network. They also paid for student transportation, provided many college scholarships and built both a library and a community center.

Hatzor HaGlilit “is a whole different city now,” Everett said. “There are many more job opportunities. There are beautiful homes. There’s a McDonalds on the road to it. It’s clean. It’s altogether different.”

The Everetts wanted to improve the condition of the Druze community in Israel and raise its socio-economic status.

“I wanted to advance the Arab situation in Israel,” she said. “We made a lot of change over three years through the Joint Distribution Committee. I said, ‘Ask, don’t tell the (Israeli Druze) what they need.’ ”

“Passing the exams to go to college was important,” Everett said. “… I don’t believe every number I see, so when I saw the good test results, I said, ‘Don’t con me.’ But they were right. (The students) went from 40 percent passing to 70 percent. Women started little micro-enterprises. Mayors and principals were getting together. There are better schools.”

In 1976, Everett was appointed to the board of trustees of the City University of New York. She remained on it for 23 years, combining her passion for education with her business acumen until she “aged out.” During her tenure, Everett convinced the CUNY board to divest of its tobacco stock.

“One of the most satisfying things I did as a CUNY trustee was English as a Second Language because of my parents,” Everett said. “I had a smart mother. … When you have an opportunity, you can try to make change.”

Among the boards of directors on which Everett is currently serving is the Medicare Rights Center in Manhattan and the Jewish Book Council as president emerita.

“They get a person, not a recording,” she said.

Everett is also chair of the Board of Israel Sci-Tech Schools.

In response to a 2002 Education Update query about her goals, Everett said “It’s extraordinarily gratifying to say ‘yes, we can impact.’ ”

“Irrespective of one’s resources, each person can do things that can make a difference.” 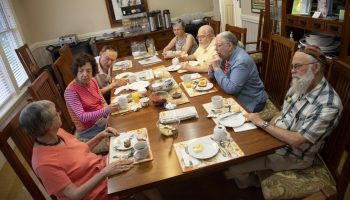 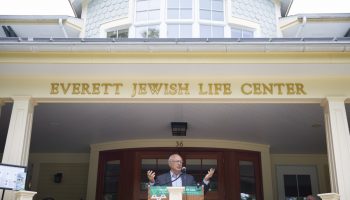