In 2017, over $4 million was raised for the annual Chautauqua Fund, which supports the full range of programs at Chautauqua Institution. Eighty-six percent of all dollars raised were contributed by members of the Bestor Society and 1874 Society.

“(Raising money for the Chautauqua Fund) is the most important fundraising we do every year, without question,” said Geof Follansbee, chief executive officer of the Chautauqua Foundation. “It is the fuel of the work of the Institution each and every year. … It’s paying for speakers (and) artists. It’s paying to cut the grass.”

Follansbee said the Institution does not charge guests the full price of experiencing Chautauqua. Ticket sales cover 60 percent of the annual operating budget, and the remaining 40 percent is split between earned revenues and philanthropy.

“(The Bestor Society and 1874 Society) are leadership groups within the Chautauqua Fund,” Follansbee said.

Members of the Bestor Society are donors who contribute $3,500 or more annually, and those in the 1874 Society give between $1,874 and $3,499. Each group enjoys special opportunities offered in appreciation of their philanthropy, Follansbee said, such as invitations to luncheons, special tours or panel discussions, and select events like the Scholar in Residence Program or the annual President’s Address.

Follansbee said all contributors to the fund work together for one unified goal of annually underwriting the full range of programs and experiences the community enjoys. This year, both the Bestor Society and 1874 Society membership groups, along with the Chautauqua Fund, have new volunteer leadership who are eager to continue fundraising for the Institution.

Ten-year Chautauquan Susie Kuhn has taken on the role of Bestor Society chair for the 2018 season. A native of Tampa, Florida, she was struck by the various events that go on at the Institution — from the symphonies, which she also enjoys back home in Tampa, to the lectures. She has taken many opportunities to learn new skills, such as basket weaving, that she would not have had elsewhere.

“The more you do (at Chautauqua), the more you get out of it,” Kuhn said.

Since she first started volunteering for the fund, and now as the Bestor Society chair, she has enjoyed getting to know other Chautauquans and their thoughts on how the Institution can continue improving into the future.

“This year, I’ve been delivering thank-you baskets (to Bestor Society members),and when I meet people … I have a notebook of suggestions that I’ve been keeping (from the conversations),” Kuhn said.

When she was offered the position of Bestor Society chair, Kuhn said she recognized she could make an impact through leading the group. She hopes to continue listening to Chautauquans, both inside and out of the Bestor Society, and find ways to help new guests see the value the Institution has to offer.

Like Kuhn, Katie Prechtl Cooke has also been hoping to meet new donors and volunteers of the fund after taking on her new role as chair of the 1874 Society.

“When I look at the list of Chautauqua Fund donors, I don’t know a lot of them,” Prechtl Cooke said. “You tend to think you know everybody at Chautauqua if you’ve been here for any period of time, and then you realize you really don’t.”

Prechtl Cooke grew up coming to the Institution and has been attending for 33 years with her family from Fredonia, New York. She has been involved with different groups on the grounds such as NOW Generation, recently chairing its advisory council. As her family and now children continue to come back every summer from Annapolis, Maryland, making life- long friends along the way, she said the spirit of Chautauqua has not changed for them.

Like many Chautauquans, Prechtl Cooke also enjoys the wide range of programming provided by the Institution thanks to support from donors. She said she is excited to chair the 1874 Society and share the impact philanthropy has at the Institution with more people.

“I also think any time you give time, energy or money to a cause, you become more deeply connected to that place,” Prechtl Cooke said. “What you give, you get back tenfold.”

Tim and Leslie Renjilian from Atlanta, Georgia, have had a desire to fundraise and give back to the Institution for many years, having first visited 18 years ago. Tim Renjilian is a former member of the Institution board of trustees, and currently serves on the Chautauqua Foundation Board of Directors. Leslie Renjilian is active on the board of directors for the Bird, Tree & Garden Club and previously served on the Chautauqua Property Owners Association and VACI Partners boards.

“We’ve done a lot of different stuff over the years because we kind of just naturally gravitate toward wanting to contribute,” Tim Renjilian said. “What the staff and administration do here is amazing, but part of the magic of (the Institution) is what all the Chautauquans are doing.”

Leslie Renjilian said the first week the couple came to the Institution with their children, they were “instantly hooked” by the various lectures and performances they attended. Throughout their years at the Institution, the Renjilians have enjoyed the opportunity to play different roles in fundraising and hearing what the community thinks could improve in the future.

Tim Renjilian said he hopes to continue keeping fund volunteers engaged and energized throughout the year. The Renjilians, along with Kuhn and Prechtl Cooke, recognize the importance of philanthropy and hope to inform more community members about its importance through their new leadership roles this year.

“(The fund) is about program, it’s about landscape,” Follansbee said. “Those are the dollars that dictate the quality of the work that’s being done (at the Institution).” 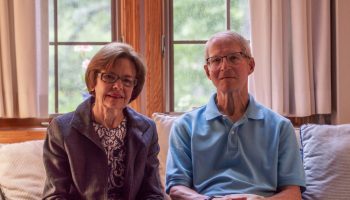 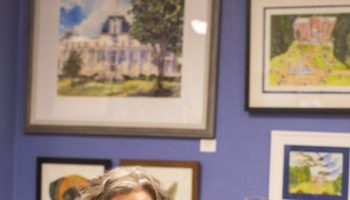