Playwright George Brant’s ‘Into the Breeches!’ makes for gender-bent Shakespeare 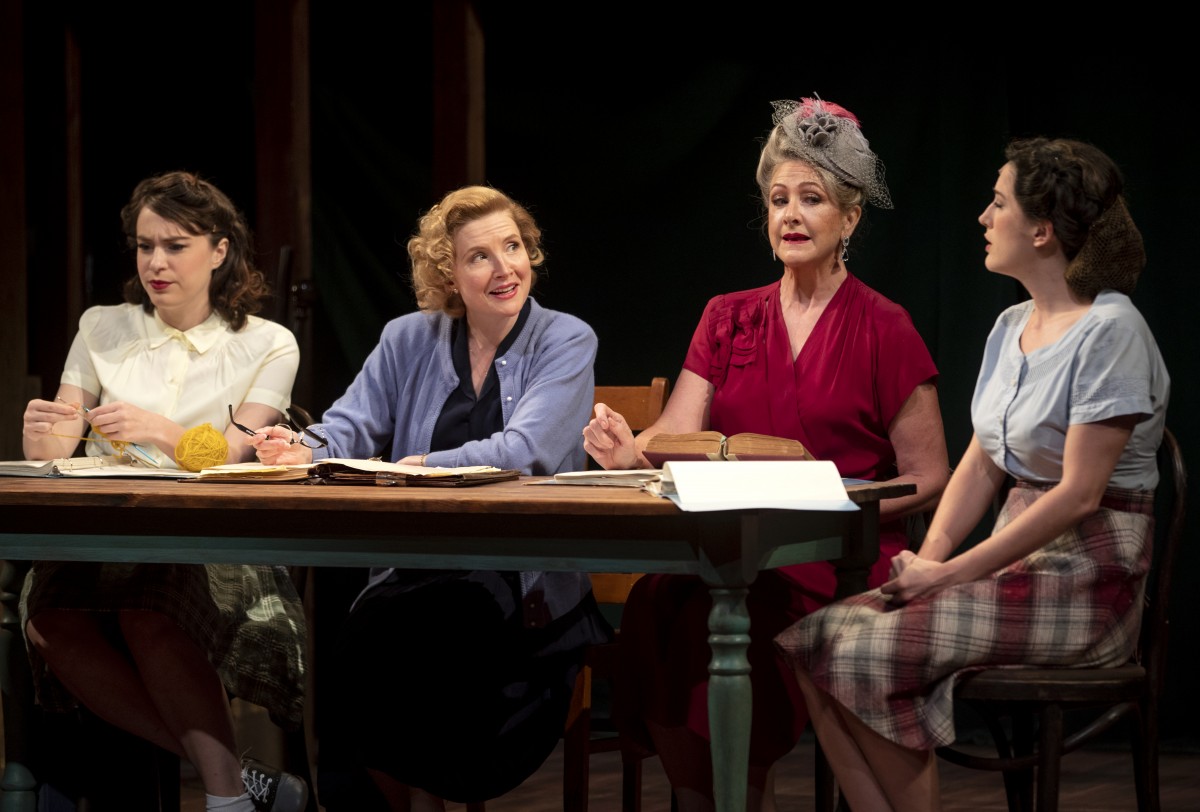 The conception of playwright George Brant’s latest comedy began with a personal boycott. In 2014, the Belasco Theater in New York City staged productions of Shakespeare’s Twelfe Night and Richard III. Both starred Mark Rylance and had an exclusively male cast.

“Everything was traditional,” Brant said. “They were going by candlelight and the makeup of the time and the costumes of the time, and so it was really trying to recreate those original productions —  which is fine and interesting, but at the cost of another Broadway show that has no women in it.”

Although he heard rave reviews of the productions, Brant steered clear of the Shakespeare shows out of principle.

“I think it’s a valid complaint on the part of women that Shakespeare is the most produced playwright, still, in the country and women still have the least access to those plays,” Brant said. “It just seemed a little cruel to take away the few roles that are there … and to assign them to men.”

After receiving an open-ended commission for an ensemble play by Trinity Repertory Company, Brant wrote Into the Breeches! as a response of sorts to the male-dominated productions. Now in its second fully staged production, the play concludes its run at Chautauqua Theater Company with a performance at 4 p.m. Fri., Aug. 17, in Bratton Theater.

Set in 1942, the play follows a troupe of women determined to keep the Oberon Play House from going dark while their husbands are fighting in World War II. Rather than scrap the planned production of Shakespeare’s Henriad, the women step into the roles themselves, donning pants in the process.

Brant said the commision of Into the Breeches! allowed him to write for a larger cast, which is uncommon in modern theater.

“In theater now, we’re headed down a path of one-, two- or three-character plays exclusively,” Brant said. “It just seems that theaters keep paring back the amount of actors, so as a result, that filters down to the playwrights who then write two-, three-character plays because that’s all that gets produced.”

Although most of the female characters in Into the Breeches! never appear onstage with their husbands, Brant describes the play as romantic.

“Even though the men are not there, there is that great separation during that time when almost all the males were serving and the women were left without their husbands and sons,” Brant said. “It was a really challenging time.”

For the show’s run at Chautauqua, Brant transplanted the show’s setting from Providence, Rhode Island, to Buffalo, New York, incorporating local World War II history. He said he hopes theatergoers will learn about the area and gain an appreciation for what happens in the rehearsal room upon watching Into the Breeches!.

Brant shared the real-life rehearsal room at Brawdy Theater Studios with director Laura Kepley of Cleveland Play House. Together, he said they worked with the actors to fine tune the jokes and make changes to the play based on its original run.

“We tried a lot out, and actually I didn’t expect to be rewriting as much as I have been here,” Brant said. “It has been great to hear actors who have had no previous involvement with the show come in and approach it.”

Kepley was initially slated to direct Into the Breeches! at Trinity Rep, but had to back out of the project because of a conflict. Brant said he was glad the timing worked out for his wife to direct the play this summer.

“I really enjoy working with her, and I think we have a nice shorthand with each other and trust each other and we just have a lot of fun,” Brant said.

Into the Breeches! is not Brant’s first foray into writing historical plays. For Elephant’s Graveyard, the playwright researched a 1916 lynching of a circus animal who had killed its trainer.

“I do like to find these forgotten corners of history and share them with people,” Brant said. “Grounded in some ways was that as well, because that (play is) about the drone program and about a drone pilot, and at the time I wrote it, people really didn’t know much about that program and I was curious in finding out about it myself.”

Named a Top 10 London Play of 2013 by The Guardian, Grounded is currently being adapted into a film and opera. Brant’s other plays include Salvage, Dark Room, Grizzly Mama and Good on Paper, a comedy about a sketch artist who falls in love with one of her drawings.

“I’ve got a pretty omnivorous approach to playwriting,” Brant said. “I started out writing comedies, more satire of theater. And then after a while, I realized I was picking on an art form that is already picked on enough, so I decided to write something more original, and then that kind of led into more serious plays.”

Brant is one of four American playwrights to be in residence with CTC this summer. During Week Six, Lauren Yee and Charly Evon Simpson visited Chautauqua for the New Play Workshops after Chelsea Marcantel returned to the grounds in July for Airness.

Following its run at Chautauqua, Into the Breeches! will be performed this fall at Shakespeare St. Louis and at the Northlight Theatre outside of Chicago next summer.

“I grew up in Chicago, so that one will be particularly great,” Brant said. “I know a lot of the actors they’ve cast in that production, so that’s going to be a lot of fun. Plus, my parents can invite everyone they know and not have to travel to New York.”

In the meantime, Brant said he will return to Trinity Rep to write an adaptation of The Prince of Providence, a book about Buddy Cianci, the city’s popular, albeit corrupt, mayor.

“The people just loved him, and he loved the city. The problem is he got into some trouble in running the city,” Brant said. “This guy led a crazy and action-filled life, so just trying to whittle the details down to a two-hour play has been difficult, but we’ll see what I ended up with in a few weeks when we hear it out loud.”