Maybe just this once, judge a book by its cover.

At the beginning of the season, Smith Memorial Library Director Scott Ekstrom was approached with an idea that would cause some librarians to enter a state of mild panic.

School of Art core faculty member and Hyperallergic editor-in-chief and co-founder Hrag Vartanian was wondering if Ekstrom would be interested in letting a group of students and emerging artists at the School of Art collaborate with the library in what Vartanian called an “Artist’s Intervention.” This would involve the artists checking out library books for the season and returning them with newly decorated covers.

Ekstrom was “theoretically open to anything.”

“There were some risks because of the unknown,” Ekstrom said. “But I had not done a lot of collaboration with the (School of Art) and I was happy to try. … I’ve not heard of this happening elsewhere.”

Vartanian’s goal in this collaboration was to get the students and emerging artists in his class thinking about noncommercial forms of art and arts writing.

“I’m really interested in public institutions,” Vartanian said. “And libraries, for me, are super important as foundations of education and citizenship.”

Vartanian said that, growing up in Toronto as a Syrian immigrant, books and libraries gave him access to vital information.

“Some of the biggest insights that I ever had when I was young was through books,” he said. “I remember how my life was changed when someone brought me to the library. I was like, ‘What? I can take whatever book I want? It’s free?’ ”

Vartanian instructed the members of his class to select and read a book that related in some way to their individual artistic practice and create a design on the plastic book jacket that incorporates the original cover.

“I wanted the (emerging artists) to think about interventions into books, and what does that mean?” Vartanian said. “What does it mean to do some kind of artistic intervention that augments a book for potential readers?”

The collaboration produced 10 books that are currently at Smith Memorial Library.

For some in Vartanian’s class, the “intervention” was an opportunity to offer a criticism of the book they chose.

Shari Flores earned her Bachelor of Fine Arts from the University of Texas Rio Grande Valley this year. She chose to use Carrie Gibson’s El Norte: The Epic and Forgotten Story of Hispanic North America for her intervention.

Flores said that Hispanic history of the United States is underrepresented in American history classes, and indigenous Mexican history even more so.

For her project, Flores used paint marker to cross out “Forgotten” in the title and added in “Disregarded.”

“It’s not that it’s forgotten history,” she said. “It’s not taught intentionally.”

Flores also changed “Hispanic” in the title to “Spanish Colonial.”

“That is the correct term,” she said. “(It’s) not necessarily something good, but historically correct.”

Chris Friday also used her intervention to provide a critical interpretation of her book. Friday is currently earning her Master of Fine Art at Florida International University in Greater Miami, Florida. She intervened on the cover of Ralph Ellison’s Invisible Man.

Using white paint marker, she changed the title of the book from Invisible Man to “Visible Woman.”

Friday said Ellison’s book leaves out the experiences of black women in America.

“What is an invisible black woman, what does that look like?” she asked. “I just wanted to make that a little more visible with the changes that I did here.”

Many of the students and emerging artists contributing to this project said they enjoyed the chance to share their thoughts on a book in an extremely visible sense.

“Usually when you read a book … and have a strong reaction (for) or against it, you don’t really get to express that,” Friday said. “The book goes back on the shelf, and you had your experience — but this is a way of letting people know what that experience was.”

Some of the members of Vartanian’s class discussed their interventions with the authors of the books they chose.

Danqi Cai, who earned her Bachelor of Fine Art from the Maryland Institute College of Art, chose to intervene on Anne Anlin Cheng’s Ornamentalism. Cheng is a professor of English at Princeton University. Her book contains what the Oxford University Press calls “arguably the first sustained theory of Asiatic feminism.” Cheng Skyped with Vartanian’s class while they were working on the project.

“She is trying to fill the critical void that there is for … Asians and Asian Americans, especially the representation of them,” Cai said.

“It will just be like another layer of ornaments on top of the surface of the book,” she said.

Zac Thompson, who recently earned his Master of Fine Art from the School of Visual Arts in New York, met with the Rt. Rev. V. Gene Robinson, vice president of religion and senior pastor at Chautauqua Institution, to discuss his intervention on Robinson’s book, God Believes in Love: Straight Talk About Gay Marriage.

“I asked him, ‘Because this book came out in 2012, would you change anything about your cover? Because it’s kind of boring,’ ” Thompson said.

The original cover depicted an arrow flying toward a cartoon heart on a white background.

“(He thinks) it’s good for what it does, because (gay marriage) is already such a touchy subject for the people he’s wanting to communicate with,” Thompson said. “So having a book that is not alarming is reassuring, in a way.”

Thompson said he understands Robinson’s point, but wanted his intervention to “complicate that.”

He changed the arrow from a straight line to a series of curves, and covered the white front with transparent rainbow plastic.

“It was really great to talk to (Robinson),” Thompson said. “Reading his book and getting to talk to him about it was affirming to me.”

For Wadiah Mohammad, the intervention was a way to bring an author’s identity into the forefront of her work.

Mohammad studies at Purchase College in Purchase, New York. She chose to intervene on Rachel Carson’s The Sea Around Us.

“(Carson) was originally a writer, and then a scientist, and has a really beautiful way of combining storytelling and poetry into scientific writing,” Mohammad said.

Mohammad said that in the ’50s and ’60s, the environmentalist known for writing Silent Spring was often cited as R. Carson to hide her gender.

“They wanted people to read it, (but) she was a woman, so people wouldn’t care,” Mohammad said.

Mohammad placed a photo of Carson on the cover of The Sea Around Us, and includes her full name with “Rachel” bolded in black marker. On the back, she has written about Carson’s legacy as an environmentalist.

Because the Smith is a public library, these projects have the potential to be shared with 37 other libraries in the Chautauqua-Cattaraugus Library System.

Although the books are not signed by the individual students and emerging artists, each will include a nameplate that explains the project, and lists the members of Vartanian’s class.

Ekstrom said he knows the idea of letting artists draw on library books might be controversial to some, especially those in the publishing industry.

“(Publishers) carefully select cover art, probably motivated by marketing,” he said. “But Big Publishing can have a tempestuous relationship with libraries anyway, because we’re just giving stuff away.”

Ekstrom said that if someone picks up one of the books, “they might have some questions, that’s for sure. I suppose it might attract some people and turn some people away. That’s the risk we’re willing to take.”

Vartanian sees the books as time capsules of an individual artist’s thoughts on each book at a moment in time. 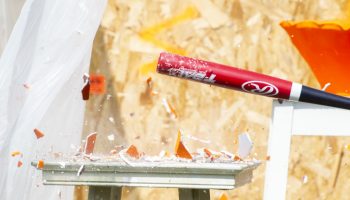