For the last three years, the end of a Chautauqua Opera Company season has been marked by the company’s final Opera Invasion: the Grand Finale. 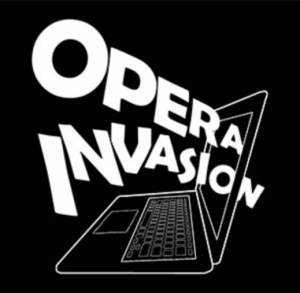 For this event, the Opera’s Young Artists usually spread out across the grounds. While singing, they slowly make their way to the center of the Institution, accumulating a crowd of listeners along the way. The Young Artists eventually unite at Bestor Plaza and lead Chautauquans in a rousing sing-along to help close out the season.

General and Artistic Director Steven Osgood was determined that this year’s virtual season would not end sans-finale.

“(Each Opera Invasion) has their own tone to them,” Osgood said. “Some of them have been drastically silly, and these last two in particular (are) really nostalgic, so as a set of four I think they really give Chautauquans the breadth of what Opera Invasions would be in the normal season.”

The 15-minute video will take viewers on a walk around the Institution, while highlights from all 20 of this season’s Young Artists play over the footage.

“The end of it brings us to Bestor Plaza,” Osgood said. “So, albeit digitally, we get to see all 20 of our Young Artists gathered around Bestor Plaza as we wrap up the season.”

Collecting the footage of the Institution was a community effort. Kendra Green, a Chautauqua Opera stage manager and CHQ Assembly production planner, spent time recording herself walking around the grounds and was assisted by Leland Lewis, the general manager of the Athenaeum Hotel, and Chautauquans Cynthia Norton and Rich Moschel, who all sent in their own footage for the Invasion.

Osgood said the community response to the season’s virtual invasions has been “really, really wonderful.”

“The responses to the silly ones have been really enthusiastic, (like), ‘Boy, that was fun,’ and the response to the nostalgic ones have been, ‘Oh, that was really what I needed,’” he said. “Opera Invasions have done what (they) needed to do in this virtual season.”