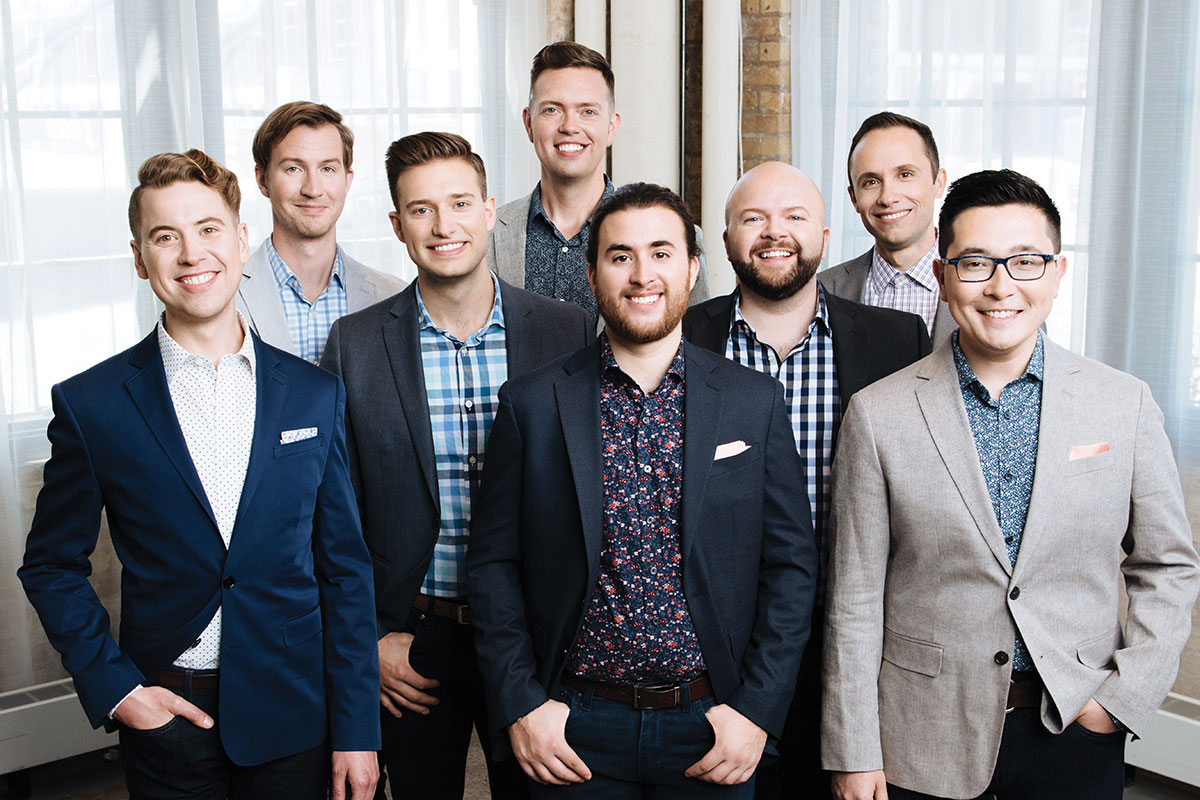 Like sailors struggling to navigate the murky, ever-changing waters of the sea, Cantus faced challenges of its own in order to rehearse its ocean-themed showcase — weaving together stories of the journey, what is left behind, and what is just beyond that blue horizon.

Cantus, an all-male choir, will perform its program “There Lies the Home” at 4 p.m. EDT Monday, Aug. 3, on the CHQ Assembly Video Platform. Working without a conductor, members of the Minnesota-based group rehearse and perform as chamber musicians, each contributing to the entirety of the artistic process. Cantus is one of the nation’s few full-time vocal ensembles, performing more than 60 concerts each year.

We thought it was important to reinvent it, to tell the stories that were left out at the time, and to be representative of our mission statement, which is to give voice to human experiences,” Paz said.

Cantus tenor Alberto de la Paz, who has been with the group for two years, said Cantus will be performing together, in person, due to “Camp Cantus.” Each member of the ensemble — and anyone they live with — quarantined for two weeks at the beginning of July. They were tested for COVID-19 and after unanimous negative results, moved into a home in Iowa together to “rehearse and perform safely with one another.”

“There was a lot of discussion leading up to it, of what we felt comfortable and safe doing,” Paz said. “The biggest motivation for us was to continue making music for all of the people out there who support our art and art everywhere.”

“There Lies the Home,” Paz said, was initially released 14 years ago, so for this year’s performance, the selections had to be “reinvented.” The original program was 90 minutes long, but the ensemble narrowed it down to nine pieces for their Chautauqua performance, bringing it to approximately 40 minutes.

“We thought it was important to reinvent it, to tell the stories that were left out at the time, and to be representative of our mission statement, which is to give voice to human experiences,” Paz said.

“There Lies the Home” is based on stories of the sea, honoring the courage, despair and yearning of those who cross it, whether they are seeking opportunity and adventure, or fleeing persecution and hardship. The title is taken from a lyric of one of Irish composer Sir Charles Stanford’s five Songs of the Sea, Op. 91, for solo baritone.

To represent the varying viewpoints, Paz said the program also includes “speaking points” that come from “primary sources,” such as immigrants and people who were previously enslaved.

“When we were talking about traveling through the ocean, we were aware that not all of those travels were for discovery,” Paz said. “There were a lot of other people who were torn from their land and they had to travel through the seas and risk their lives to get to a better place.”

With repertoire such as “Shenandoah,” traditional spirituals like “Steal Away,” and the Lake Superior folk classic “Wreck of the Edmund Fitzgerald,” Paz said the show is built of a variety of sea shanties, songs once commonly used to accompany labor on large ships. “Steal Away,” he said, is a particularly beautiful piece that brings “reflection and thoughtfulness to the program.”

“It shows the story of wreckage and the perils, risks and dangers of going out to the sea,” Paz said.

The “beauty of this program,” Paz said, is that the meaning is different depending on what each individual listener is experiencing.

“I think a lot of what people will experience in this show is a sense of uncertainty and a yearning for peace and safety,” Paz said. “At the end of the day, even though they are heart-wrenching stories that are hard to hear, this show speaks of hope and unity, and I think that is something we are all looking for during these times.” 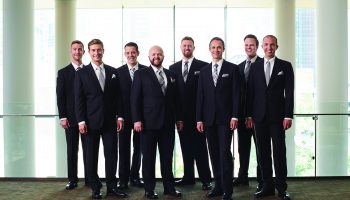