Robinson’s talk has since been viewed over 60 million times, in 160 countries. In it, he makes a case that children’s innate creativity has been squandered and squashed by education systems across the globe, and called for a reordering of priorities for producing educated, healthy students.

An internationally recognized leader in education policy who was knighted in 2003 for his service to the arts, Robinson was originally scheduled to speak to Chautauquans worldwide, addressing the state of education in the United States in his lecture at 10:45 a.m. EDT on Tuesday, Aug. 4, on the CHQ Assembly Video Platform, opening the Week Six theme on “Rebuilding Public Education.” His lecture, originally scheduled for Monday, Aug. 3, was initially postponed due to a family emergency; it will be aired Tuesday without a live Q-and-A.

“Sir Ken Robinson’s powerful message of how our educational system has impoverished the culture of learning comes at an extraordinary time for a national dialogue on public education — a time of great anxiety and uncertainty for children, parents and educators,” said Matt Ewalt, vice president and Emily and Richard Smucker Chair for Education at Chautauqua Institution. “Yet this very moment also makes clear the power of his larger argument, that a culture of learning must prioritize compassion, collaboration and the diversity of our communities.”

Following the lecture will be a live Q-and-A, when viewers will be able to send in questions via questions.chq.org or on Twitter at #CHQ2020.

“We have to rethink the fundamental principles on which we are educating our children,” Robinson told his TED audience in 2006. More recently, in line with this credo, Robinson has published, spoken and brainstormed around the world for systems that will embrace children’s innate gifts.

A prolific author as well as public speaker, Robinson has published New York Times best-selling works including The Element: How Finding Your Passion Changes Everything; Finding Your Element: How to Discover Your Talents and Passions and Transform Your Life; You, Your Child, and School; and Creative Schools: The Grassroots Revolution That’s Transforming Education.

Aside from his books, Robinson hosts the podcast/video series “Learning From Home,” which looks at the way that the COVID-19 pandemic has forced many parents to take charge of their children’s education. Through it, Robinson shares resources, insights and support.

“These are times where we all need to pull together,” he said in the pilot episode, “and support each other with whatever expertise and resources that we can.”

The podcast has released three episodes to date, each sharing strategies, stories and insights from parents and educators worldwide.

The environment which informed Robinson’s 2006 TED Talk was dominated by the legislation of No Child Left Behind, which mandated authorization of school funds according to test scores. It often ensured that programs such as art and music, not covered in testing, would be underfunded or cut altogether. It was criticized across the board, even spawning a humorous protest song from troubadours Tom Chapin and John Forster. According to Robinson, the prioritization of only some subjects has been devastating, because it ignores gifts that children might otherwise develop.

“Our education system has mined our minds in the way that we’ve strip-mined the earth,” he said in that original TED Talk. “Our children should be their own best resources, and by not equipping them properly, we are failing their developmental future the same way we fail their environmental future. The only way we’ll (survive) is by seeing our creative capacities for the richness they are, and seeing our children for the hope that they are. Our task is to educate their whole being so they can face this future.”

This program is made possible by the Richard and Emily Smucker Endowment Fund and the Louise Roblee McCarthy Memorial Lectureship. 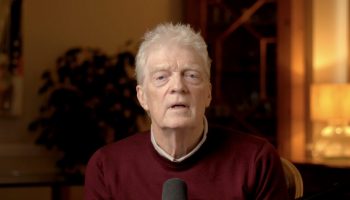