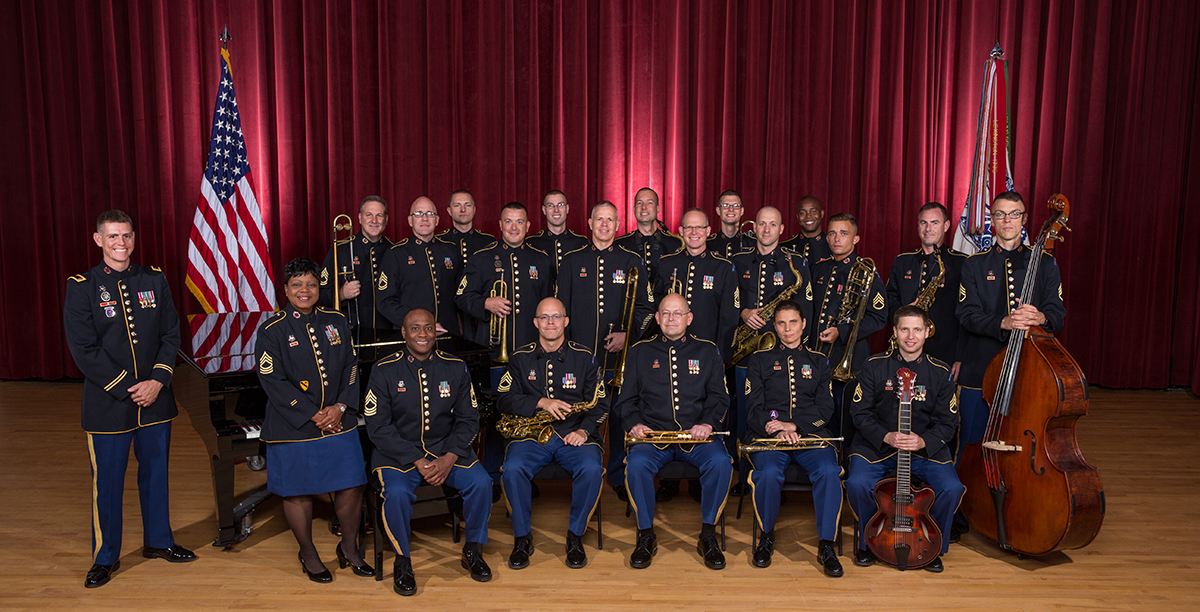 The Jazz Ambassadors have appeared in all 50 states — as well as Canada, Mexico, Japan, India and throughout Europe. But don’t expect a “perfect” performance when the band visits Chautauqua Institution.

“In a lot of Western music, we practice the same thing over and over again, to try and get it perfect,” said Master Sgt. John Altman, lead trumpet player and road manager for the band. “What’s so unique about jazz is there is no perfect. Every single time it’s a new experience.”

The Jazz Ambassadors, the official touring big band of the United States Army, will perform at 2:30 p.m. Sunday in the Amphitheater, becoming one of the first musical acts to perform in the new space. The 19-member ensemble will perform swing, Latin, Dixieland and patriotic tunes, among others.

“During the course of an evening, we’ll play what we like to call 100 years of jazz history for our audiences,” said Altman, adding that the set list will likely include some new jazz arrangements and Thelonious Monk compositions.

The Jazz Ambassadors should know their music history. Formed in 1969, the Jazz Ambassadors are one-fourth of the U.S. Army Field Band’s touring elements — the others being the Concert Band, Soldier’s Chorus and contemporary band The Volunteers. By combining music with patriotism, the groups are meant to connect the Army with civilians. The Concert Band and Soldiers’ Chorus will perform later this season, on July 9, in the Amp.

The Jazz Ambassadors travel about 100 days a year, and when they come to the Institution it will be as part of a 13-day summer tour, which also includes stops in Pennsylvania, Ohio, Indiana and Michigan.

The group kicked off its summer earlier this month with a performance for the Thelonious Monk Festival at Jazz at Lincoln Center.

Although Altman has performed at the Institution several times with other Army Field Band groups, this will be his first time visiting with the Jazz Ambassadors. Originally from Long Island, Altman joined the Army Field Band in 1999. He has performed and recorded with artists such as saxophonist Ernie Watts, drummer Harold Jones, pianist Marcus Roberts and trumpeter Claudio Roditi.

Altman became interested in trumpet himself as “a little guy.” His father was a recording engineer, so he was around musicians growing up. He started on the bugle before getting his first trumpet at age 11.

While he enjoyed performing with the Concert Band and Soldier’s Chorus, Altman said jazz concerts can be more lighthearted. Sunday’s performance will be geared toward the whole family, and attendees are encouraged to participate, he said. Sometimes, that means swing dancing.

“A lot of our participants will have the spirit move them, and at times get into the concert in a way that they normally wouldn’t at a classical event,” Altman said.

“We have learned how to adapt to a different performing environment every single night, and the folks who are employed here are really, really the best at what they do,” Altman said. “But they’re also American soldiers, so they understand that circumstances are always going to be changing, challenging and require a lot of attention to detail.”