You are what you eat, it’s said. And, if that’s true, people in the 21st century are not so radically different from the ancient Egyptians who lived along the Nile some 3,500 years ago.

A modern vegetarian or vegan would have found plenty of familiar things to eat in the age of King Tutankhamun. American college students who survive on beer and cereal would also feel right at home. By domesticating plants and animals and developing sustainable farming techniques, the Egyptians created a way to feed themselves, store food and trade food for other goods.

At 3:30 p.m. Tuesday in the Hall of Christ, Richard Roush, the dean of Penn State University’s College of Agricultural Sciences, will discuss how our ancient ancestors raised food, what they ate and how they ate it in a presentation titled “Dining in the Age of Tutankhamun: Gift of the Nile?” as part of the Oliver Archives Heritage Lecture Series.

King Tutankhamun, the boy king known to us as King Tut and celebrated in numerous 20th-century exhibitions and the novelty song by Steve Martin, is perhaps the best known of all ancient Egyptians. He was born, historians estimate, in 1341 B.C. and died in 1323 B.C. He was the 12th pharaoh of the 18th Egyptian dynasty and reigned for about 10 years, dying at age 19. Tut more or less vanished from history until his remarkably intact tomb was discovered in 1922 in Egypt’s Valley of the Kings, an event that subsequently spawned much of the scholarship that informs us of how life was lived in that time. There was nothing particularly exceptional about Tut, but he lived during an extraordinary period of human development.

The Egyptians of his time planned their farming around three seasons: the flooding season, the growing season and the harvesting season. Each spring, snow on the mountains would melt and run off into the Nile. When the waters receded, the silty soil left behind was richly fertile and conducive to growing a variety of crops, especially wheat, barley, grapes, chickpeas and lentils. The Egyptians called this bounty “the gift of the Nile.”

The domestication of plants and animals led to a growth in population and concentration of people in one area. That in turn spawned increased security, fortification and specialized governance, as well as task specialization and trade. 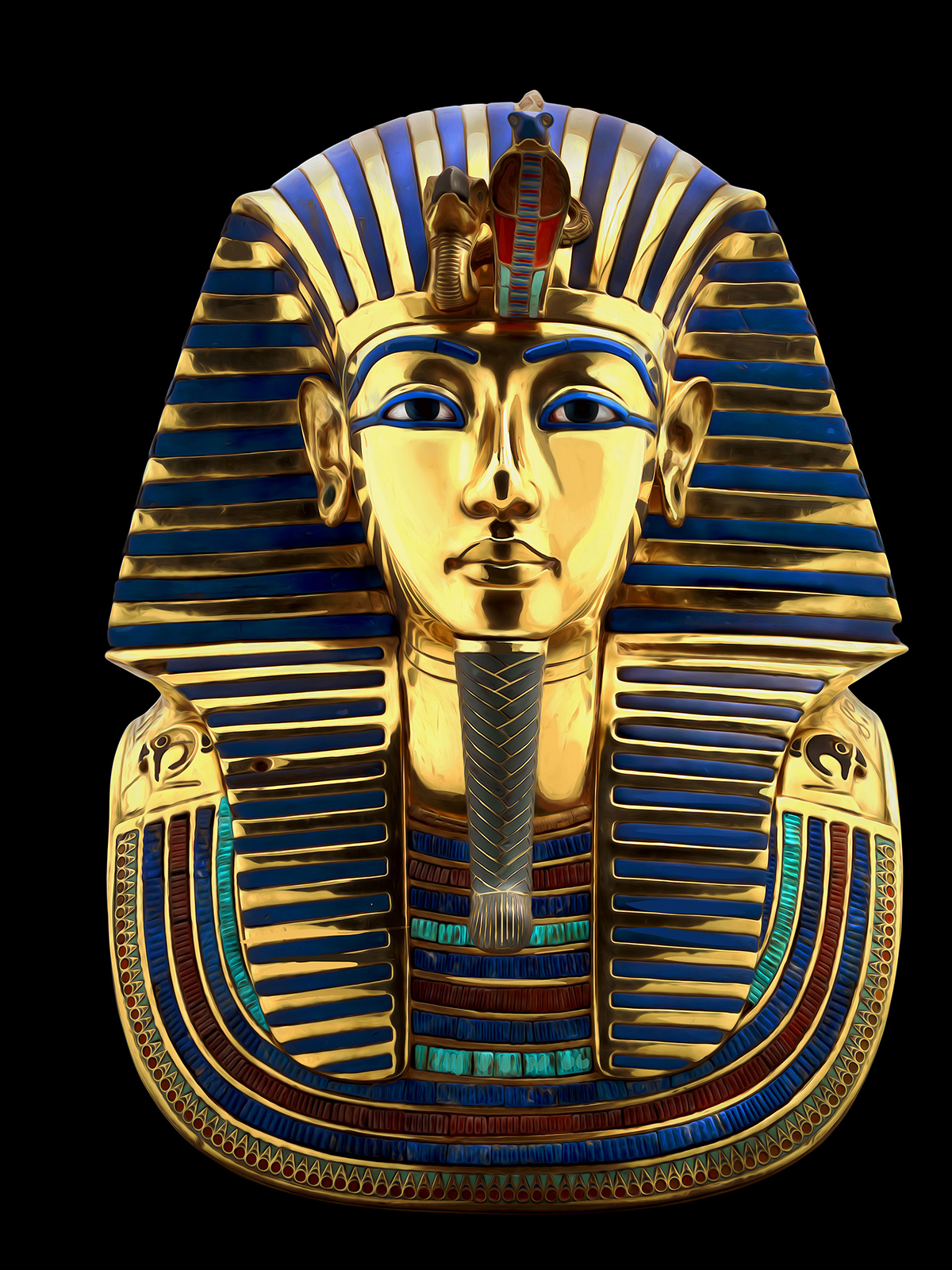 Wheat was one of the first cereals domesticated, at least since 9,000 B.C. Because wheat is self-pollinating and can be stored, it became the main staple of the Egyptians by around 6,000 B.C. From it, the Egyptians made bread, which they baked in ovens. They also used grain to brew beer. Bread and beer were always on the menu in King Tut’s time.

The Egyptians used clay storage jars, bowls, pots and pans, ladles and sieves. They cooked in clay ovens and over open fires in the courtyards of their homes, according to Roush.

They baked, boiled, fried, grilled and stewed, he said, and used cumin, coriander, lettuce seeds, mustard, cinnamon, rosemary and marjoram as seasonings and honey and raisins as sweeteners.

In the summer, they ate mostly figs, plums, dates, lettuce, leeks, melons and cucumbers, Roush said. In the fall, dates, pomegranates, grapes, olives, carobs and melons were the main fare. Lettuce, garlic, celery, radishes, lentils and peas were popular during the winter. Figs, chickpeas, peas, beans and onions were the main foods in the spring.

The Egyptians also ate lamb, beef and fish, but not a lot of it. Theirs was an overwhelmingly vegetarian diet.

They ate at tables, but mostly on the floor, Roush said. And they ate with their fingers. Diners had bowls of water to clean their fingers of food and sand. Instead of napkins, they waved their wet hands around in the air.

It might not have been the Heirloom Restaurant at the Athenaeum Hotel, or even the Brick Walk Cafe, but it was good enough for the Egyptians. And it set the table for the way people have eaten for thousands of years.