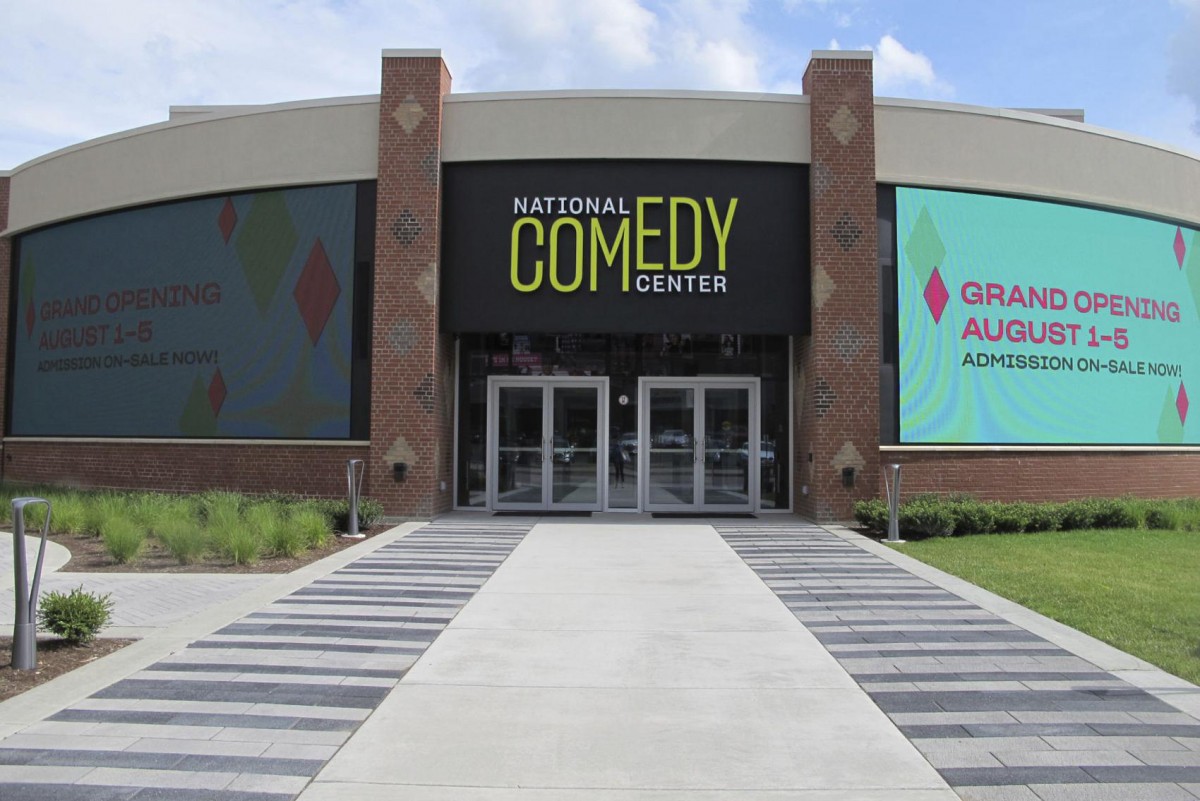 “My grandmother was the hostess of the Wensley House, working for the program office under Marty Merkley, for about 30 years,” said Gunderson, executive director of the National Comedy Center in Jamestown, New York. “From a young age, I would come over to the grounds all the time to visit my grandmother, but then it was also the source of every one of my summer jobs growing up.”

Some of her summer jobs included working for Boys’ and Girls’ Club, Lakeside Lodge and lifeguarding. “Gunderson’s connections to Chautauqua run deep,” according to a previous Daily article.

A graduate of Ithaca College, Gunderson has held numerous positions at the Women’s Sports Foundation, producer and consultant for Journey Gunderson Web Strategy & Production. After eight years, her latest work came to life when the Comedy Center opened its doors to the public on Wednesday.

The Comedy Center is the first nonprofit cultural institution dedicated to the art of comedy, with over 50 exhibits that take guests through the creative process of comedians like George Carlin and Rodney Dangerfield. The complex, built in Jamestown in honor of late comedian Lucille Ball, is 37,000 square feet and cost $50 million to construct.

On Saturday, Aug. 4, the Comedy Center will hold various events for its opening weekend, such as “Story Pirates: Kids Comedy Show” at 11 a.m., “Block Party with Q Funk” at 5 p.m. and “An Evening of Classic Lily Tomlin” at 8 p.m.

Although the Comedy Center just opened its doors on Wednesday, it has partnered with the Institution on speakers, master classes and workshops since the 2017 season. Lewis Black, W. Kamau Bell, Laraine Newman, Kelly Carlin and others on the Comedy Center advisory board have been part of the Institution’s programming both this season and in previous years.

Institution Chief of Staff Matt Ewalt thinks a continued partnership with the Comedy Center will be “beneficial” for both institutions.

“Already, the National Comedy Center has this incredible resources and relationships,” Ewalt said, “along with a respect for the work of Chautauqua Institution and the conversations that take place on these grounds.”

During the 2019 season, the Institution and the Comedy Center will continue their partnership with a full week of programming. The week, dubbed “What’s Funny?,” will explore how comedy can reflect on the current state of the world and how it can also work to change the world.