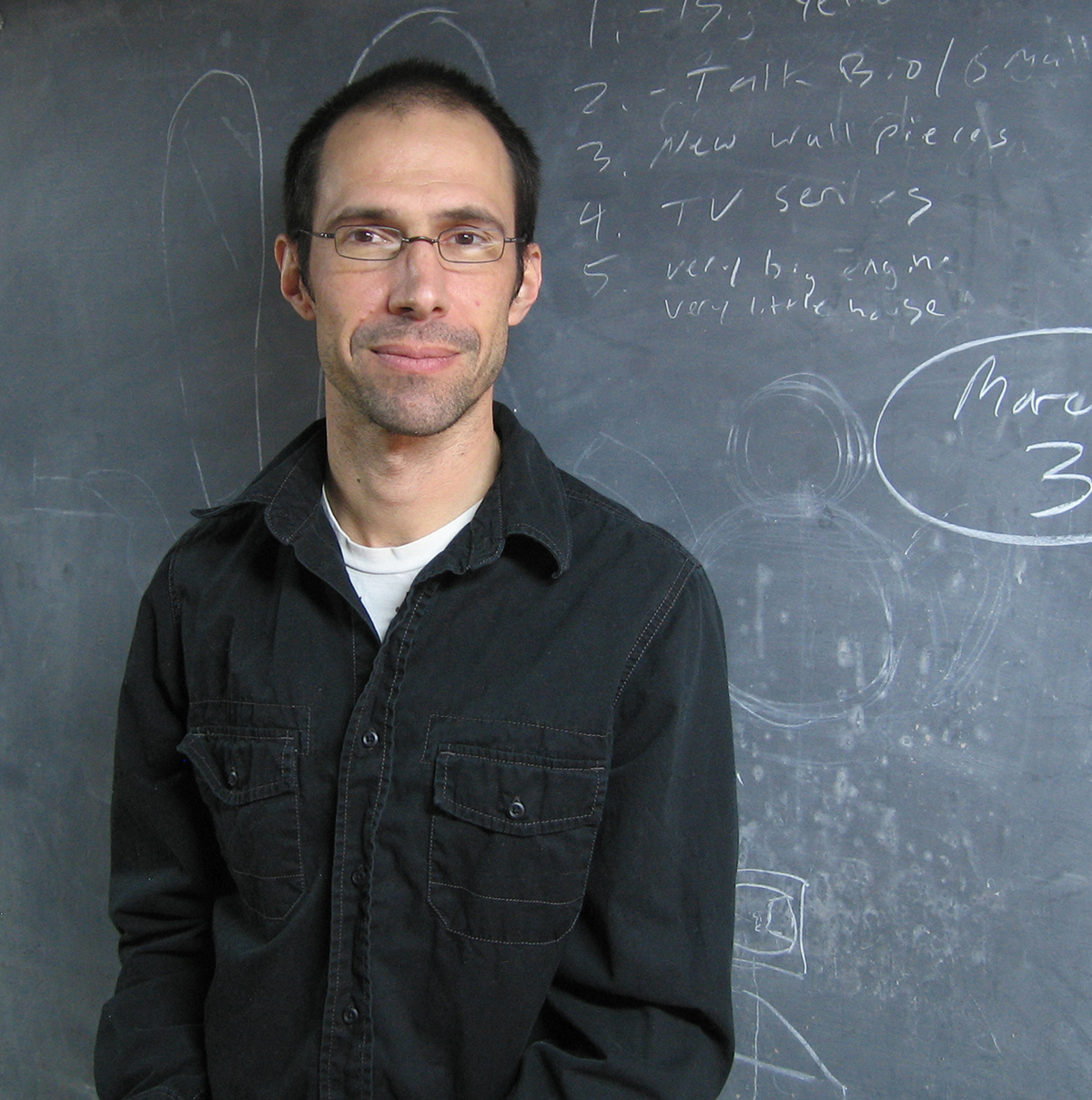 Sometimes David East isn’t sure what he prioritizes most— is he an artist first and foremost, or does he see teaching as his most important job? As chair of the ceramics department at the Maryland Institute College of Art, it’s a hard question to answer for East. He will discuss both roles during the second Visual Arts at Chau- tauqua lecture of the season at 7 p.m. Friday in Hultquist Center.

East said some of the biggest influences on his work are his own students.

“It’s that active space of the classroom where everything is open for discussion [that] is really rich because it’s a very easy thing to get caught in your way of doing things without ever thinking why,” East said. “Having this active back-and-forth with the students gives me this opportunity to rethink my own presumptions all the time.”

Besides his students, East is inspired by architectural elements ranging from modernist furniture to imagery associated with suburbia such as AstroTurf and ranch houses. One idea he especially used to focus on was the concept of the ordinary.

“That whole idea of the mundane or the banal, these really familiar things that we deem as unimportant and tend to overlook, I think those really can be very charged [and] incredibly poetic spaces,” East said. “Something that can be as banal as a dinner table — the way it looks before and after a meal, … certain kinds of details around a doorway that we take for granted. … There’s a story in that.”

More recently, East said his work tends to be increasingly simple and abstract, although those qualities can actually be “elusively powerful.”

“You can look at [some of my work] and go, ‘Oh that’s the Wonder Bread logo and it’s been redone,’ whereas now, the work is a bit quieter,” East said. He wanted to see “how little can I get away with in some ways? At what point in time does an object become known to us, like when we look at something we say, ‘Oh that’s a doorway’ or ‘Oh that’s a gravestone?’ ” East said he has also been experimenting with different tools to create art, such as using Google searches as a starting point or playing around with 3-D modeling software. He also said he has seen this technological trend in the general ceramics world as well, and even has students who are working for firms making ceramic engines for the Mars Curiosity rover.

To East, those new directions that people are taking with ceramics is a testament to the form’s dynamism.

“[There is] everything from this resurgence of interest in very coarsely made ceramic sculptures that we see in Chelsea [in New York City] to ceramics being used in really high-tech ways and I’m interested in that really wide, very broad aspect of the material,” East said. “Ceramics is not just one thing— it’s design, it’s also fine art, it’s also technology, it’s also incredibly archaic and basic. It’s all of these things at the same time.”

At MICA, East has started initiatives to facilitate new ways of manipulating ceramics, such as hosting a Crea- tive Residency in Ceramics and New Technologies to bring artists to work with digital fabrication.

However, East said, it’s important to always question technological advances and not get caught up in the hype.

“When new tools come around, I’m really curious to see what effect they might have on my own work but also on the work of my students. I’m trying to test them but I tend to think of them just as tools,” East said. “They’re just another hammer, but the hammer is certainly different. How is it going to affect the way we think about things and make things?”