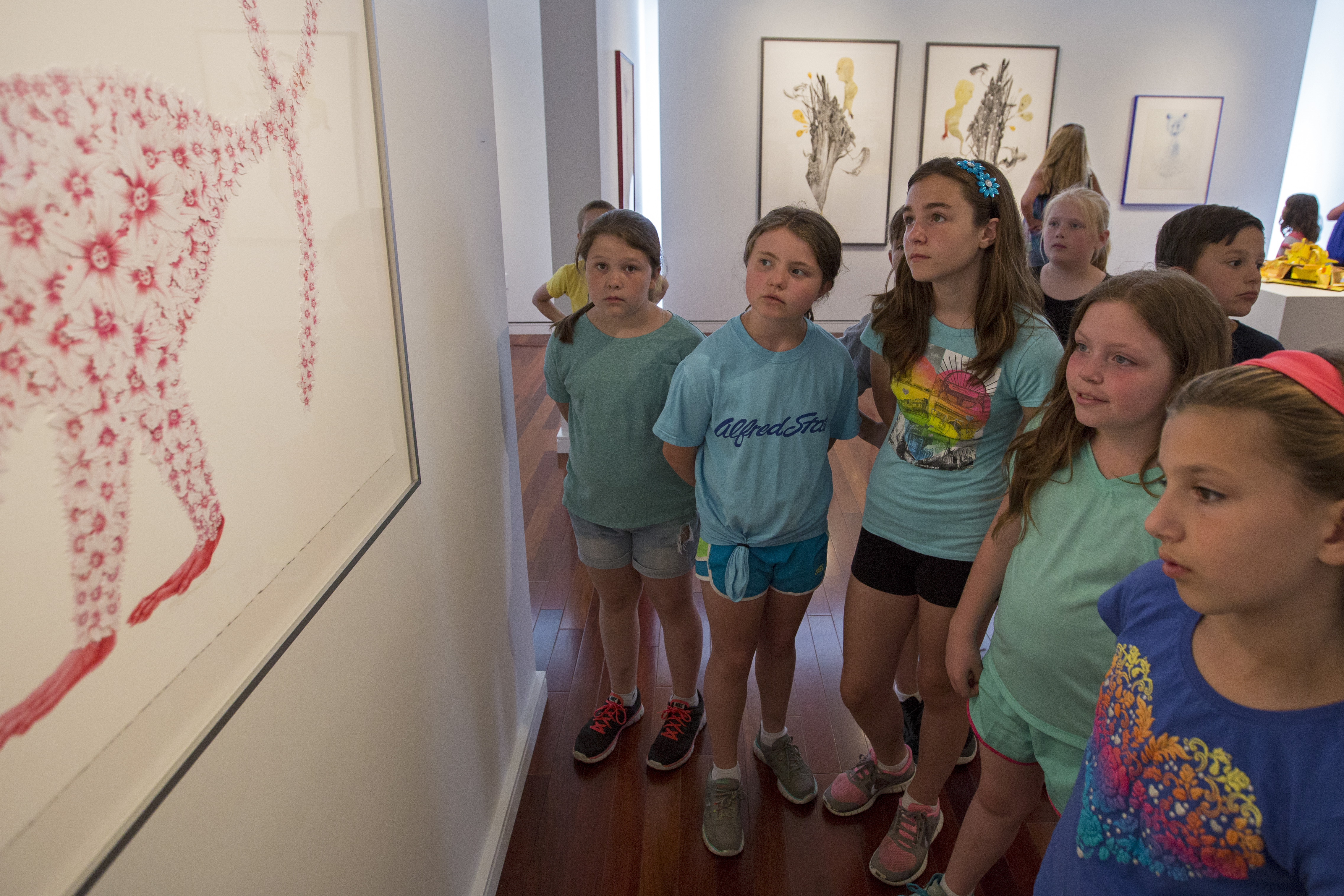 Although Judy Barie said art is an essential part of life, she acknowledges that not everyone has access to the arts, which is why for the second year, children around the Chautauqua area were able to preview the galleries of the Visual Arts at Chautauqua Institution on June 17, before they officially open on Sunday.

“This is a small town and a lot of these children don’t have the opportunity to come,” said Barie, Susan and Jack Turben Director of Galleries. “We have national artists that show here at a really high level, so this is really good for them to come and experience it before the season opens.”

About 150 kids, ranging from fourth to sixth grade, came to Fowler-Kellogg Art Center, Strohl Art Center and Melvin Johnson Sculpture Garden. There were tours on Monday and Thursday as well. Erika Diamond, the assistant director of galleries, said the trip was timed so it was before the end of the children’s school year and the beginning of the summer season. Barie said staff led the children around the galleries and explained each piece to them. For the first time, the kids were able to create their own collages as well during craft time, she said.

For Barie, the purpose of the trip was to expose children to something they haven’t seen before and get them to form their own opinions about the artwork they see.

“I ask them what they think it means,” Barie said. “Some just say, ‘I don’t like it at all,’ others say, ‘I love it,’ which is what we want. This is what we’re trying to teach them: Beauty is in the eye of the beholder.”

And even though the kids who came through the galleries didn’t necessarily leave with ambitions to be artists themselves, they walked away with a greater appreciation for the arts.

Josephine, an 11-year-old who attends Panama Central School, said seeing the exhibits made her appreciate all the hard work and creativity that goes into each piece.

“Each artist has their own imagination,” she said. “Each artwork is so different from each other, and there’s a lot of creativity that goes into art.”