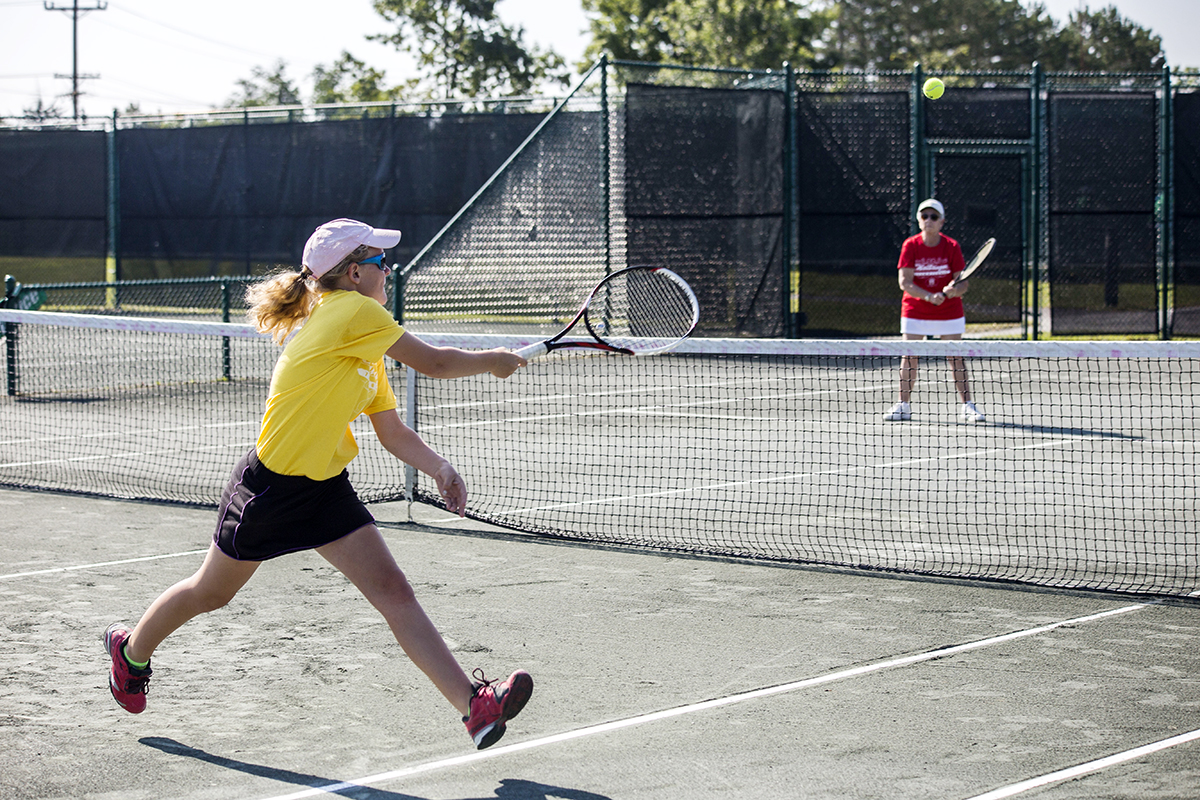 “It’s the fastest-growing sport in the country,” said Young, Chautauqua’s head tennis professional. “It’s a smaller court than a tennis court, so you don’t have to move quite as much. It’s easier to learn and a little bit easier to play, and there’s a smaller gap between players of different ability.”

The Erie, Pennsylvania, native has been at Chautauqua for over a decade, a span that includes the construction of a new tennis center in 2004. Featuring eight clay courts serviced by an underground irrigation system, two of which have lights for evening play, the state-of-the-art facility replaced an old set of courts that were located by the Main Gate.

As the 2016 season gets into full swing, Young said guests will be be able to play pickleball on the outdoor courts and inside on the Turner Community Center basketball courts.

“For tennis players, it might extend their playing career another decade or so if they have trouble coming to tennis, but it’s great for youth as well,” Young said. “We’re trying to institute a program out here on the clay courts, which is unusual, since not too many places in the country play on clay.”

The tennis center provides a specially designed pickleball — which is yellow and resembles an oversized stress ball — for use on clay courts.

The dimensions of the pickleball are also different and require the tennis center to change the lines on the outdoor courts. As part of the free game for first-timers, the tennis center will provide an instructor to help explain the rules of the sport and how scoring works.

Although pickleball requires players to use only the serving zones of a regular tennis court, there are some rules unique to the sport. For example, servers must bounce the ball in a “non-volley zone” immediately behind the net before their opponent can return it.

Pickleball is also popular because it allows for a generational gap between players while keeping the game competitive. Young said he expects the demographics of Chautauqua to help the sport become more popular and hopes to see games played at the Coyle Tennis Courts located behind Sharpe Field.

“In the future, there could be tournaments and socials. Pickleball has become a religion for some people,” Young said. “They’re playing six or seven days a week.”

For tennis players seeking a more traditional experience, the tennis center has introduced a morning doubles program to make finding players on the grounds even easier. Players seeking a game can sign up and allow the tennis center to facilitate matches, which are played from 10:30 a.m. to noon from Monday to Friday. “The morning is obviously cooler temperatures and the court surface is soft,” Young said. “It’s easy for the senior players to play on this surface any time of day, but in the morning, you’re out of the sun which is nice.”

The morning doubles program usually takes up two to three courts on any given weekday. The tennis   center also provides private and group lessons throughout the summer, in addition to a daily clinic on weekdays.

Young said tennis has always been an integral part of life at Chautauqua and he hopes to to see the tradition continue to grow.