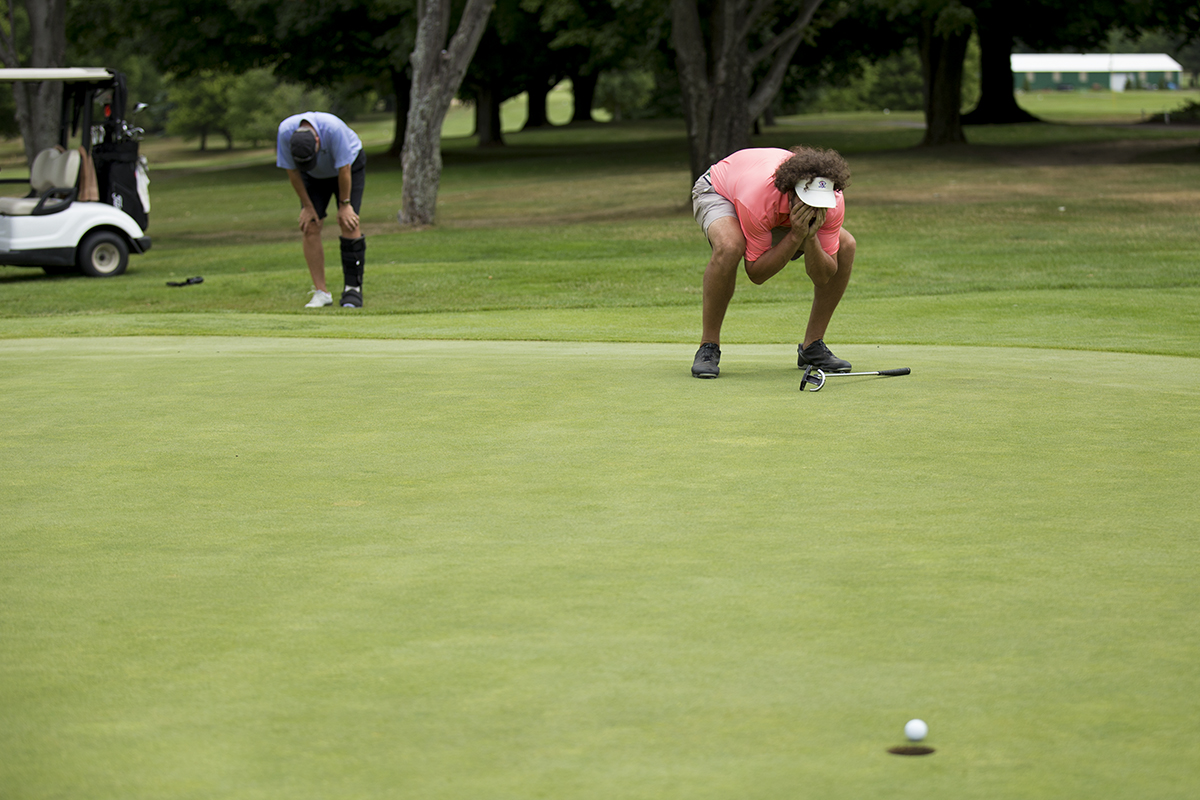 It was hard to miss the winners of the Member-Guest Tournament at Chautauqua Golf Club last weekend.

Ben McCauley is a 6-foot-9-inch professional basketball player and his father, Jack McCauley, played the entire three-day tournament in a walking boot after tearing his Achilles tendon in May.

But for this father-son duo, just getting to play in the tournament was more than they expected.

“I’ve been in Turkey the past few years and I’ve kind of bounced around all over the place,” Ben McCauley said. “I got the invite from my dad and, for a while there, I didn’t think that he’d be ready to go. But we made it work.”

The McCauleys led by only a single stroke heading into the tournament’s final round, but a Sunday-low score of 62 secured the victory. Jack McCauley said that getting to play in the tournament was meaningful for a number of reasons.

“It’s pretty exciting because I’ve played in this with my father, so now it’s a second-generation down,” he said. “To play with your son is pretty exciting and to watch him play the way he did was remarkable.”

Jack McCauley said he’s been playing at the golf club for 52 years, starting back when the course was still only 18 holes.

The younger McCauley seemed to gain strength as the tournament wore on, saving some of his best golf of the tournament for the home stretch on Sunday. He caught fire on the back nine, where many golfers seem to lose composure on a tournament’s final day.

A four-year varsity player at North Carolina State, McCauley has played basketball across Europe, most recently with İstanbul Başakşehir Futbol Kulübü in Turkey. He said his career path hasn’t made it easy to play golf with regularity.

“The only time I play golf is when I’m home from May to August,” he said. “But I’ve been playing since I was really young.”

Jack McCauley said that getting to play in the tournament with his son was a goal he set while rehabbing his leg.

“My goal was to be able to play with Ben,” he said. “I told my doctor that and he said, ‘You should be able to do it.’ The doctor actually is a good friend of ours, so he made it work.”

The next tournament at the golf club will be the Ladies’ Invitational on Friday, Aug. 5, with the Men’s Invitational scheduled for the following Friday. Club Champions will be held on the last weekend of Chautauqua’s 2016 summer season.