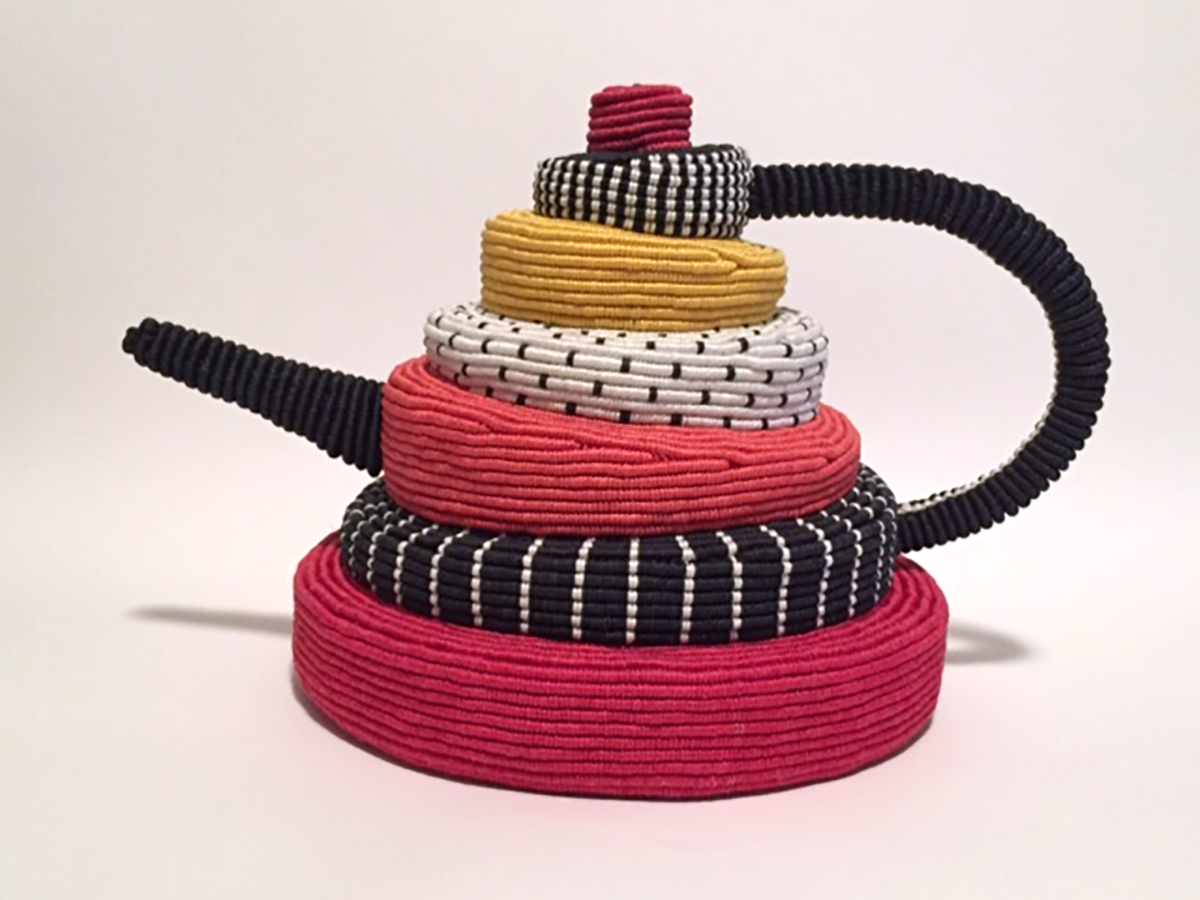 It is thought that the first teapots appeared as early as the Song Dynasty in China, about 1,000 years ago. Those vessels were used exclusively to steep tea and were typically made of clay. But fast forward to 2016, and teapots — both functional and decorative — are crafted from all types of materials, from felt, wood and even mirrors.

But no matter the material, the beauty of those objects remains the same, which is why the Chautauqua exhibit dedicated to them is aptly named “The Path to Heaven Passes Through a Teapot.” Visitors can look at more than 40 teapots made by about 25 artists starting 3 p.m. July 26 in Strohl Art Center, said Judy Barie, Susan and Jack Turben Director of the VACI Galleries.

Barie said she held a teapot show at Chautauqua about six years ago, and it was so popular she decided to do it again, but this time featuring even more eclectic materials such as glass, wood, felt and more.

Artist Shelley Jones has two teapots made with merino wool and one using tar paper in the show. To make them, she starts with flat felt, raises the shape to be upright and then steams and molds it. After it dries, she can embellish the piece with beads, stitching or silver caps. Jones said she enjoys the interesting contrast of making teapots out of unexpected materials such as felt and tar paper.

Merrill Morrison, who uses materials such as wax linen and nylon thread, said each teapot contains thousands of threads. To assemble them is a “Zen-like” experience that requires incredible focus and patience, Morrison said, as each piece can take hundreds of hours to complete and she only makes about three or four of them each year. 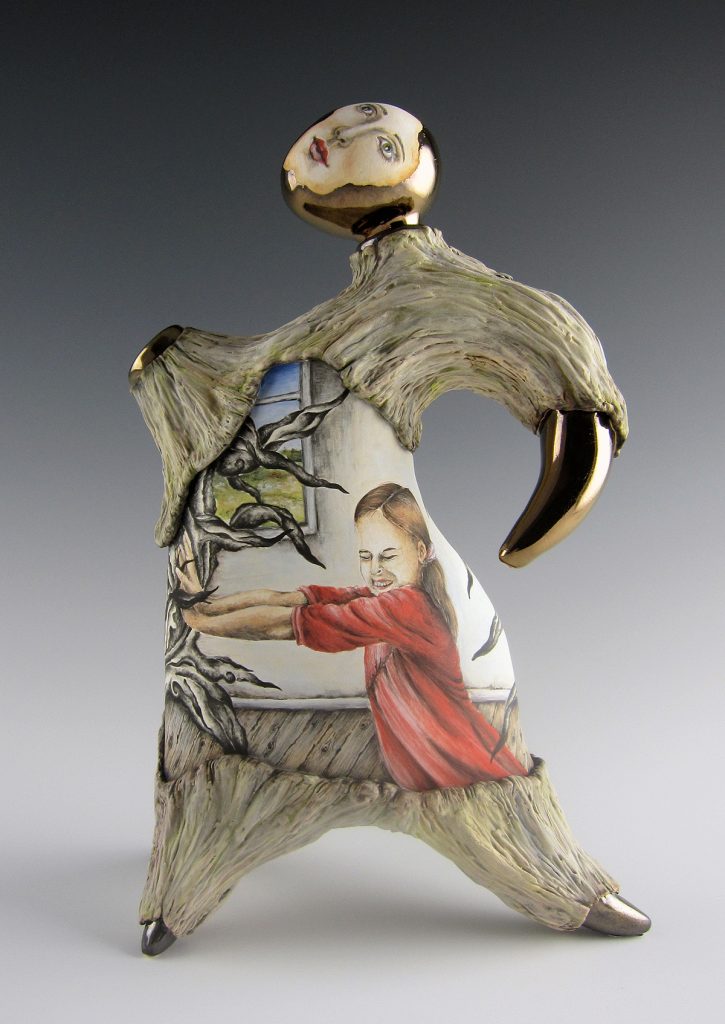 Julia Feld, whose two teapots are featured in the exhibition, said she makes them from clay and then paints the surface with underglaze. Like Jones, Feld said her teapots are decorative as opposed to functional.

One of her teapots depicts a scene where a girl is trying to protect the vessel from a “dark thing” that’s approaching her, Feld said. She often paints pictures of young girls on her sculptures, not necessarily as self-portraits, but as a commentary on the idea of the inner child, she said.

“People at any age, in certain cases, they still feel themselves as kids,” Feld said. “We still have the same fears and sense of being unaccomplished or lost … but when you’re a kid it’s much easier to express your feelings or your emotions. … That’s why I like to use this particular kind of figure, to make the connection and transition easier for viewers.”

Feld also said even though she has ideas of what she wants to convey through her sculptures, she creates for other people, too, and likes hearing what they see in her work. Sometimes when she exhibits her work, people will see certain things and want to tell her their own stories. In one instance, a woman said Feld’s work reminded her of a situation her children were in, even though what she saw was different than what Feld initially imagined.

Because people can view teapots from all sides, Feld said each viewer might take away a different story depending on which part of the teapot they look at first.

“It’s kind of 360 [degrees] and the story starts in one point and goes all the way around and the starting point is different for each viewer, so it’s not like, ‘Oh, you have to look on this side because that’s the beginning,’ ” Feld said. “I’m trying to play with a broken perspective because our lives are not linear. It’s not like everything that happens in our life is on one flat plane.”

That 3-D quality of shapes such as teapots is part of why Feld is drawn to sculpture. She said she initially started out as a painter, but found painting on flat canvases too dull and subsequently turned to making more dynamic forms. She also liked that teapots especially can still captivate people even though they are relatively small in size.

“Usually teapots, they have a very small narrative, almost like a glimpse of a story,” Feld said. “If you compare it to a novel, it’s maybe one page. You don’t really know what’s going on but this one page from the story captures your attention.”