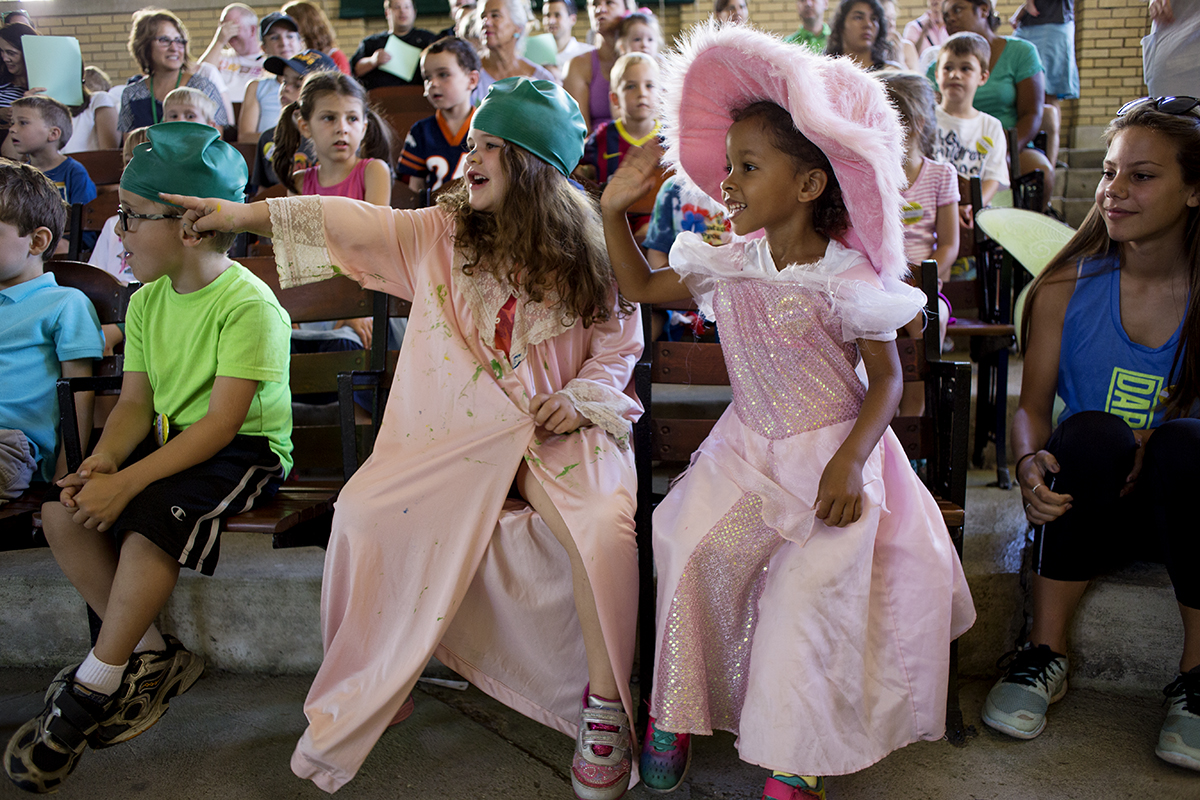 By day, John Denton is head teacher of the Children’s School Blue Room, but it seems he’s been moonlighting as an actor.

Denton wailed his angst on the stage of Smith Wilkes Hall last Tuesday when he portrayed the infamous and arthritic Troll in the annual Children’s School “Troll Play.” The sea of kiddos who filled the seats laughed in delight at his convincing performance. The old Troll was newly married to the Hunchback of the Bell Tower (teacher Tori Savage), but his joy was squelched by his old age and inability to steal tasty Fla-Vor-Ices from Chautauquan children.

The role of the Troll has traditionally been performed by Kit Trapasso, director of Children’s School, but this he year broke the mold and introduced the play as the Phantom of the Ampera. A white-painted half-mask replaced his usual green face, and he approached the microphone to the music of Andrew Lloyd Webber.

There was no chandelier drop.

Children’s School helper Bess Renjilian held cue cards so the half-kid, half-parent audience would know to cackle an evil laugh when they heard the word “troll,” scream when they saw construction paper Fla-Vor-Ices and yell, “Shu-taw-KWA?” — spelled phonetically and spoken with a questioning inflection — at every mention of their beloved summer home.

To solve his problem, the Troll and his Hunchback bride hatched their eggs and brought forth six little trolls into the land of the living. With green swim caps, whimsical dresses and more than enough enthusiasm, the children trolls left the stage and spilled into the crowd where, to the delight of their troll father, they (politely) stole construction-paper Fla-Vor-Ices from the audience.

When all was said and done, the trolls had Fla-Vor-Ices, the children had fun and everyone danced the Macarena.

Who says trolls don’t know how to have fun?

Are You a Couch Potato? Blame Evolution, Says Nina Jablonski