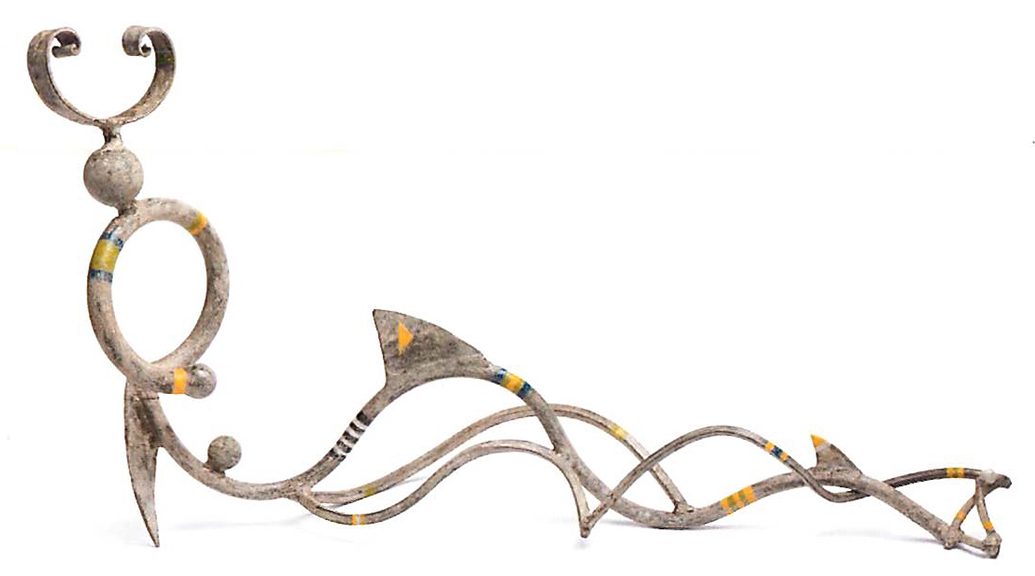 When artist Lee Tribe speaks at 7 p.m. Tuesday in the Hultquist Center, he won’t lack for a well of experience from which to draw. In the last “Artists on their Art” Visual Arts at Chautauqua Institution lecture of the season, Tribe will discuss the development of his work over the last half-century.

Tribe is primarily a sculptor, but was forced to delve into drawing a few years ago. He needed surgery on his dominant hand, which was feeling the stresses of years of using industrial tools.

“I couldn’t use hammers and equipment,” Tribe said. “I had to stop making sculpture for a while.”

Over his nearly two-year recovery period, he drew instead — large charcoal works. The day he deemed his hand ready, he went down to his sculpture shop.

“I got all dressed up for welding and cutting,” he said. “But it was just labor. After a couple of hours, it got quite frustrating because the creative kick wasn’t there. The energy that comes from the act of creating — my endorphins weren’t popping off.”

He stepped away from the work for a while.

“I was having a cup of tea, looking, and I noticed a couple of pieces of steel on the floor that I liked,” he said. “I liked the relationship.”

He welded these pieces together, then picked up more scraps and added to the growing sculpture.

At the end of the day in the studio he’d begun three rough sculptures.

“I was just in — as musicians say — I was in the zone,” he said. “I was just working spontaneously with the material.”

The suggestion of the sculptures’ playful figures brought Picasso’s 1918 oil painting “The Bathers” to Tribe’s mind, and so his own series, “The Bathers,” was born. He has made more than 20 sculptures in the series and is continuing to weld small, twisting bits of steel into sculptures that, to him, appear as “lines in space.”

Tribe has been welding even longer than he’s been making art. Born in Essex, England, in 1945, he learned gas welding at age 15 and was a steelworker on the London docks. He earned certificates in gas and arc welding, but it wasn’t long after starting working that he began to wonder about his occupation. He had an epiphany of sorts at the age of 17.

He said he realized: “If I go to work every day, I want to do something I believe in.”

He entered art school at age 24 and found that his past trade provided useful experience, as steel was a popular sculpting material at the time.

Tribe believes that artists’ life experience always impacts their work “on some level or another.”

“I think that’s inevitable, whether you’re playing music or painting or making poetry or making sculpture,” he said. “You live the thing that you do.”

These days, Tribe lives in New York City and teaches at the New York Studio School. While at Chautauqua, he’ll teach sculpture for VACI’s School of Art.

Looking back over his career, Tribe can’t say which work he’s most proud of.

“Which of the kids do you most love?” he posed. “There’s no answer.”

He’s certainly fond of his most recent series.

“The little series of bathers were so exciting and so much fun,” he said. “And I think, I couldn’t have done them as a younger person. There’s also something to do with age, and really just letting it go and taking chances and playing — just playing and making sculptures — in the true sense of play, which is deeply serious and informative.”