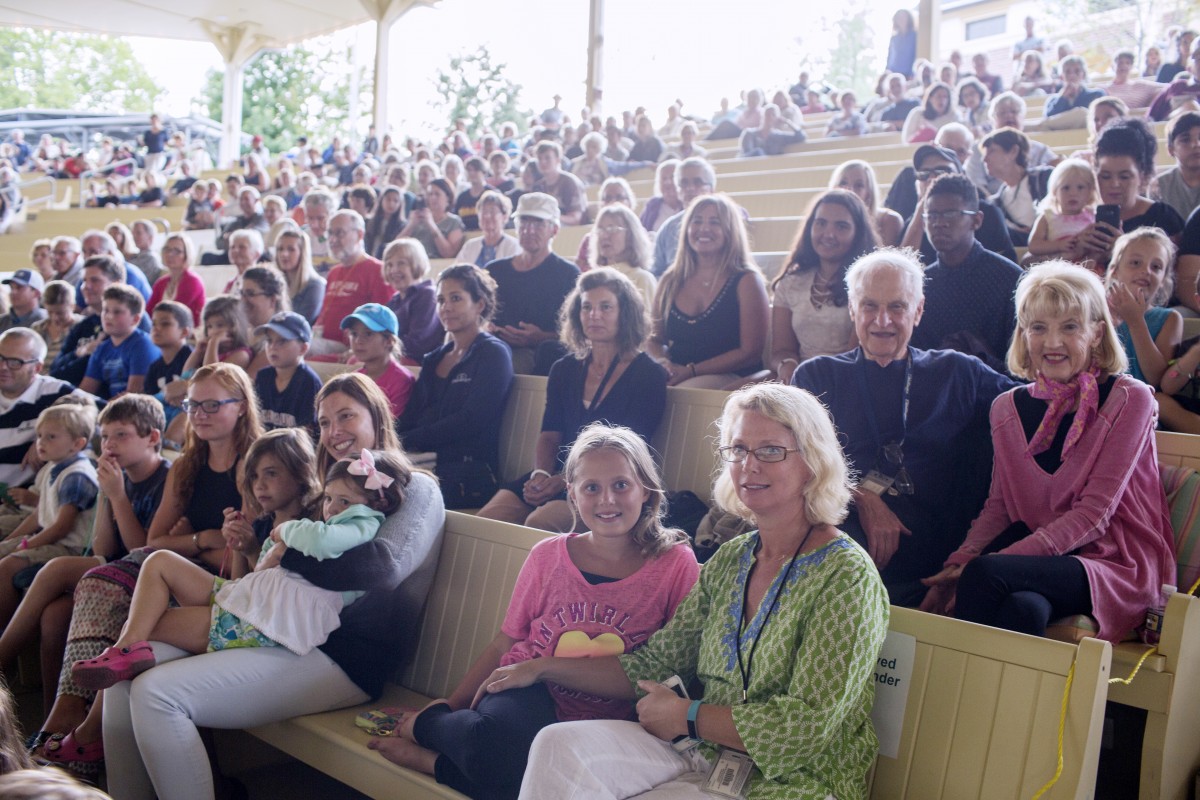 Michael Pender, who passed away in 1991 from a failed heart and lung transplant at the age of 19, used to go out on weekend nights like every teenage boy.

“I can recall sitting at home on a Saturday night, and Kathy and I started wondering, ‘Well, where is he now?,’ ” Jim Pender said of his son. “A car would pull in the driveway with all his friends, (and) one of his friends would run out, come inside with an oxygen tank and say, ‘Where’s the con- centrator?’ (He) filled it up, (and) said, ‘Bye!,’ ” and their adventures would continue.

Michael was an adventurous and energetic person. In his memory, Jim and Kathy Pender created the Michael Pender Memorial Fund of the Cleveland Foundation and have been sponsoring performances as part of Chautauqua’s Family Entertainment Series for the last two decades.

Because of boating accident when he was eight years old, Michael suffered from severe physical complications until he passed away, yet he never lost his venturesome spirit, according to Kathy Pender. As a young child, Michael had always been incredibly athletic, and even though his accident left him physically incapable of running, he never stopped trying.

“He would do things like decide he was going to run, and then collapse,” Kathy Pender said. “But he was constantly determined to do these things … He was determined to be normal.”

Even though he struggled with his limited abilities, Michael continued to impress his parents and others with his creativity, intelligence and courage. He had such an impact on his senior classmates that half of them wrote their college essays about him.

Although Michael always valued sports and athleticism, he grew to love entertainment and theater during his teens, as he watched movies like “Stripes” and would recreate scenes for his parents. He also participated in theater at his high school and performed in school productions.

His love of entertainment inspired Jim and Kathy Pender to sponsor productions at Chautauqua Institution. They are specifically drawn to the Family Entertainment Series because the performances are open to all community members, including families with younger children.

The Penders take advantage of the opportunity to spend time with their own family and friends every year at the Family Entertainment Series as well, attending performances with many of their neighbors.

“We’ve been here 25 years,” Kathy Pender said. “When we moved in, it was an area that young families were beginning to move in (to). … When we have these programs, all the families go with us.”

The group of around 20 sits together and has been dubbed “The Miller Park Gang.”

Jim and Kathy Pender know that Michael would have enjoyed seeing his own family and other families together at the performances.

“We wanted to do these programs in his memory because this is something that (Michael) would’ve loved.”

For information on underwriting opportunities at Chautauqua contact Tina Downey, director of the Chautauqua Fund, at 716-357-6404 or tdowney@ chq.org.