Welcome to the fourth week of our 145th Assembly, where we move from “The Art of Play” to one of the most pressing topics facing our nation and our world today. Much has been written about the United States’ relationship with Russia, and we’ve assembled a packed week from which we can all debate, discuss and draw our own conclusions. 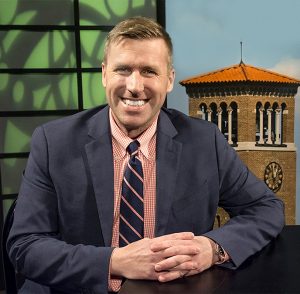 Our nine themes each summer are sometimes years in the making, and ironically, “Russia and the West” has been on our list for close to five years. Little did we know then that revisiting the relationship between Russia and United States would be as relevant as it is in our national narrative.

A quarter-century has passed since the collapse of the Soviet Union — and the promise of new relationship with the West — yet we find ourselves at what some consider the brink of a new Cold War. What has happened to damage relations between Russia and the West over 25 years, how have power dynamics changed in the age of digital and information warfare, and what must we understand about the recent history of Vladimir Putin’s Russia and its relationship with the West and the world?

In addition to this being a timely conversation, Chautauqua has a special relationship with Russia. If you haven’t read former Director of Religion and historian Ross Mackenzie’s book When Stars and Stripes Met Hammer and Sickle: The Chautauqua Conferences on U.S.-Soviet Relations, 1985–1989, I recommend it to you now. Just as Chautauquans in the late 1980s were exploring the ties and hurdles between the two regions then, we reaffirm our need for a deeper cultural understanding of Russia, its history and its people during this week.

Our companion Interfaith Lecture Series explores “Russia and Its Soul.” Described by the West for decades as “godless Russia,” post-Soviet Russia has revealed that it had never actually lost its soul. In what multiple ways is this resurrected religiosity being manifested, and what else is it gradually releasing? In this week, we journey into the broad heart of the Russian people.

I couldn’t be more thrilled that U.S. Sen. Chris Coons (D-Delaware), a member of the Senate Foreign Relations Committee, will open our week. Sen. Coons is known as one of the members that regularly crosses the aisle to work in cooperation with both parties to provide solutions. Not only does that underscore our desire for greater dialogue across left and right, but Sen. Coons has a front-row seat to this debate given his committee perch, and we’re honored to welcome him.

Much of our artistic offerings this week also highlight the culture of Russia, and we’ve sprinkled in some fun along the way with a live recording of the NPR program “Selected Shorts.” I think Chautauquans — whether continuing their journey with us or starting their summer experience here for the first time this week — are in for a real treat.

For those who read your Daily with your morning coffee or breakfast, I hope you’ll join us at 12:30 p.m. Saturday, July 14, in the Hall of Philosophy for the community kickoff of our diversity, equity and inclusion planning work with a keynote address by Dr. Johnnetta Betsch Cole. I hope you’ll also take part in our ongoing 3:30 p.m. Thursday community sessions on strategic planning. There is so much dreaming and planning going on about the future of Chautauqua. I’ve said this all summer, but it bears repeating: The power of Chautauqua is that we wrestle with and dream about things in the context of a dynamic and ever-changing community. As we enter into this week looking at a key part of the world order, I also hope you’ll help us create the strongest community possible here on the grounds of this sacred place.

Thank you again for the many ways you provide an animating spirit to Chautauqua.