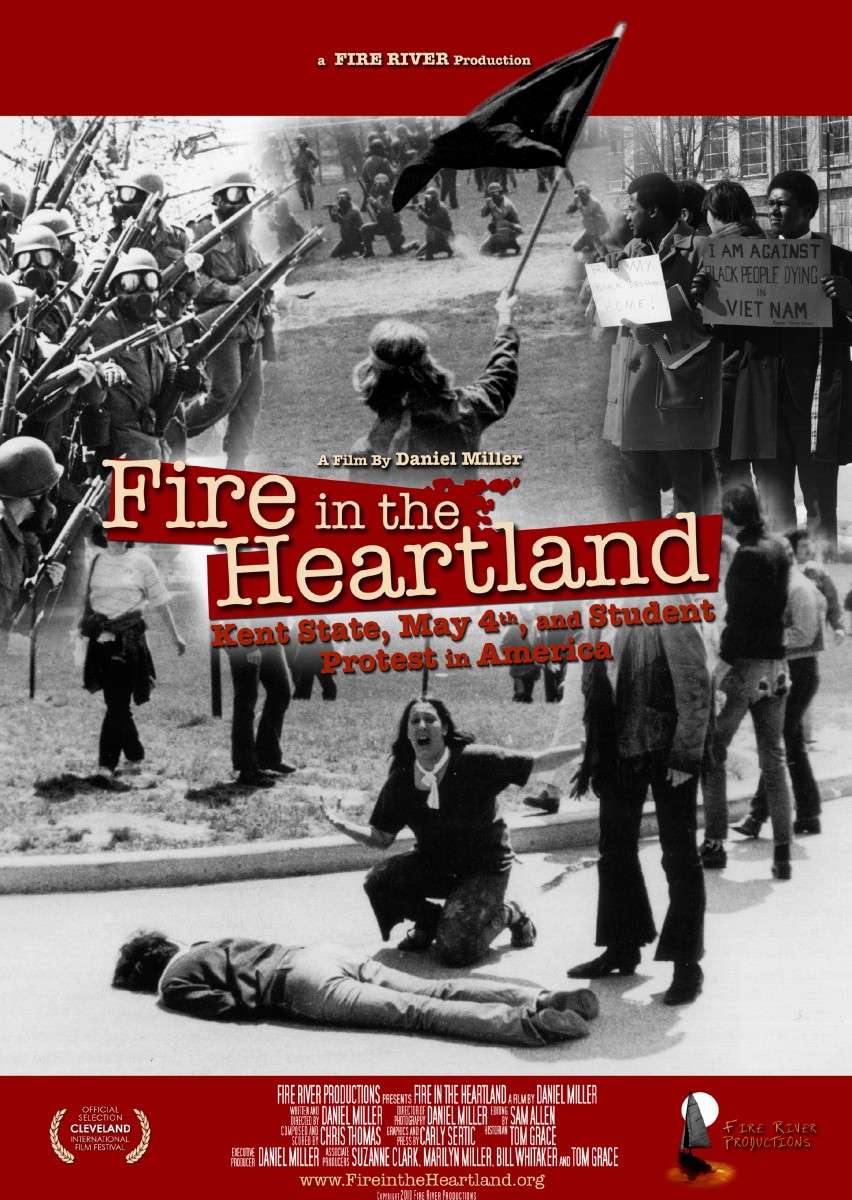 On May 4, 1970, Thomas Grace was attending classes at Kent State University. Anti-war protests were scheduled to continue on the campus for the fourth day in response to the United States’ invasion of Cambodia.

Grace was asked not to attend by his then-girlfriend, whose brother had died in Vietnam. Grace wasn’t going to go to the protests that afternoon until someone in his class stood up and encouraged everyone to attend. Grace had been active in the anti-war movement up to this point, so why should he back off now?

The walk to the Commons, the usual gathering place for protests on campus, was only five minutes. Within minutes of Grace’s arrival, the National Guard announced that everyone needed to disperse. Grace found his roommates, and stood his ground. That’s when the tear gas was
released.

The National Guard herded the activists up and down one of the hills to the practice football field. Students started shouting and throwing rocks at the National Guardsmen. Grace was about 200 feet away when he heard it.

“You could hear an M-1 rifle being shot,” Grace said.

Grace was knocked off his feet. He had been shot in his left heel. He tried to sit up to assess the injuries, but his roommate, who was about 20 feet away from him, told him to stay down as bullets rained over them.

Four people died that day, nine more were injured, and Grace has dedicated his life to telling the history related to the incident.

Grace was a key historian and screenwriter for the documentary film “Fire in the Heartland: Kent State, May 4, and Student Protest in America,” which will be shown at 2:45 p.m. Wed., Aug. 15, at the Chautauqua Cinema. After the screening, there will be a panel discussion in which Grace will speak.

At 10:45 a.m. Wed., Aug. 15, Kent State President Beverly Warren will present the morning lecture, incorporating the Week Eight theme, “The Forgotten: History and Memory in the 21st Century.” Warren’s address will be the most important speech given by a Kent State president since the rallies in 1970, Grace said.

“For the first 20 years, (Kent State administrators) did everything to bury (the memory of the shootings),” Grace said, “and now they have moved toward embracing it.”

“Fire in the Heartland” acts a “companion film” to Grace’s book, Kent State: Death and Dissent in the Long Sixties. Instead of setting the film on the day of the Kent State shooting, the movie and the book go back to the origins of protesting at the university, leading up to the events of May 4, 1970.

In the film, Grace provides personal testimony, as well as the history behind student activism at the university.

Grace didn’t want to write a memoir about the Kent State shooting, so he decided to talk about the political repercussions of the events and provide background on the history of protesting. Grace will speak about his book at 1 p.m. Wed. Aug. 15, in Smith Memorial Library.

The movie includes more than 20 voices of people who lived through that era and participated in the social and political movements of the ’60s and ’70s.

Grace and director Daniel Miller have screened “Fire in the Heartland” in many locations. Journalist Carl Francis Penders was doing a story about Kent State when he met Grace. Penders and Grace are both from Buffalo, and Penders helped screen the film at Burchfield Penney Art Center.

Penders said “Fire in the Heartland” is a film that fits with Chautauqua, which is why he and Grace decided to screen the movie here.

“It fits the theme of the week,” Penders said, “and it feels like the kind of thing that fits Chautauqua.”