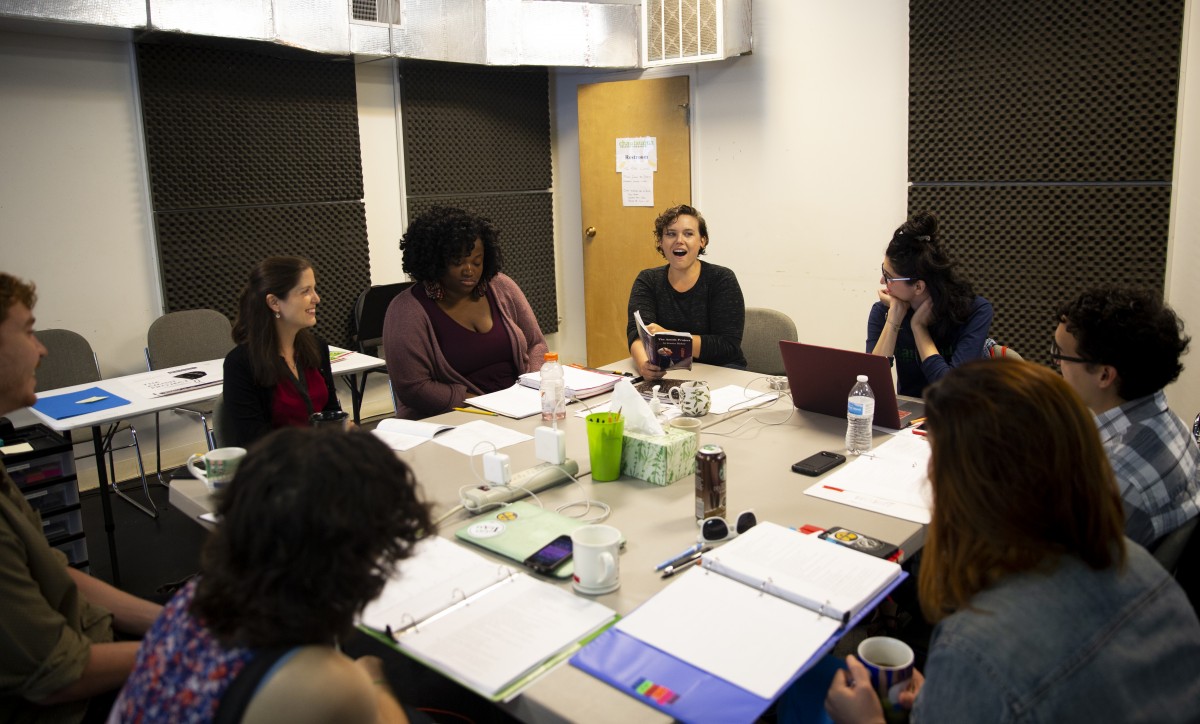 Kathryn Metzger reads over the script of the one woman show The Amish Project at the table reading rehearsal on Thursday, August 16, 2018, in Brawdy Theater Studios. ABIGAIL DOLLINS/STAFF PHOTOGRAPHER

Following Wednesday’s lecture on the May 4, 1970, shooting at Kent State University, Chautauqua Theater Company is presenting another story about a community’s response to a deadly tragedy.

Rounding out CTC’s 2018 season, The Amish Project opens with a performance at 7:30 p.m. Sun., Aug. 19, in Bratton Theater. The one-woman show contains adult content and runs through Tuesday.

The play is based on the October 2006 shooting at West Nickel Mines School in Lancaster County, Pennsylvania. Ten Amish girls were taken hostage; five were killed, and the shooter took his own life.

CTC Artistic Associate Sarah Wansley, who directed the play, said The Amish Project takes artistic liberties in its retelling of what happened inside the Amish schoolhouse and how the community responded to the killings.

“The names of the actual people are not used,” Wansley said. “It’s an imaginative view of what that story could be, but I think what is very accurate and what (the playwright) did do very well is the portrayal of the Amish community.”

Guest artist Kathryn Metzger, an alumna of CTC’s conservatory, will play everyone from a cashier at the local grocery store to the shooter’s wife, who is stunned when the deceased’s family members show up on her doorstep with casseroles to comfort her.

“The playwright, who was also the original actor in the piece, gives us the stage direction that she is in the Amish costume the whole time, so this is not a piece where the actor is going to be putting on or taking off hats,” Wansley said. “The way the play is written, she moves very swiftly between the characters, so there needs to be a seamlessness to the transitions.”

“The characters that really stick with us are the two young Amish women who were shot in the mass shooting at the schoolhouse,” Wansley said. “In a way, keeping the actor in the Amish costume just keeps that image in the forefront of our mind.”

The costume was constructed with help from a member of the local Amish community. Wansley said it was important to her to involve Chautauqua Institution’s neighbors, even though some members of the Amish faith do not consider theater part of their culture.

In preparation for The Amish Project, Wansley talked with playwright Jessica Dickey over coffee in New York City about why and how she wrote the play. Dickey visited the site of the now demolished schoolhouse when writing the play, but decided against interviewing the real-life victims, as The Amish Project is a fictional account of the event.

“It was great to meet her and to hear a little more about her journey with the play,” Wansley said. “This shooting happened in 2006, and Jessica grew up in Pennsylvania, so she was really moved and felt so connected to the story and was fascinated by the idea of radical forgiveness.”

The Amish Project premiered in 2010, before the tragedies at Sandy Hook Elementary School, Marjory Stoneman Douglas High School and countless other shooting at schools, theaters and nightclubs across the United States.

“At that time, gun control just wasn’t as much of the conversation around school shootings,” Wansley said. “This play was really about why and how can you forgive someone for an act of violence like this, and even though the incident was with a gun, that didn’t really come into the conversation.”

Wansley said she asked Dickey if The Amish Project would be different if the script was written in 2018, which the playwright confirmed.

“I think her own understanding of the issue does include gun control, and I personally think that is part of the conversation, but that being said, I think it’s interesting to take a moment with this play to reflect on the idea of healing and forgiveness,” Wansley said. “I think sometimes in our national conversation around acts of violence and mass shootings, we are so quick to want to assign blame.”

Although Wansley believes that mental health and systematic racism are also important elements to the national conversation on gun violence, she said The Amish Project raises the question of how the nation can find forgiveness after so many mass shootings.

“I think the play poses it as ‘Here is a way that one community interprets these events that is very different from the way the majority of American culture does,’ ” she said. “Perhaps seeing it through another community’s eyes gives us a moment of pause.” 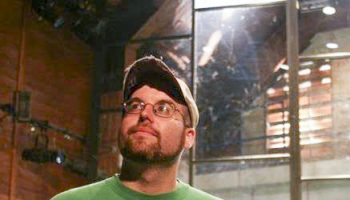