CLSC Young Readers are going to explore the weekly theme, “The Forgotten,” through reading The Ethan I Was Before by Ali Standish, a book about a story of loss for ages 8 to 12.

When people are young, they are not sure how to handle loss or their grief, said Karen Schiavone, manager of Special Studies and youth programs. 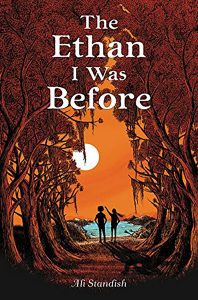 “Everybody has their own way of dealing with personal loss,” Schiavone said. “And I think it’s important for young people to see that and start to understand that.”

Young Readers will participate in an activity, which encompasses an interactive performance and exploration of the book led by Chautauqua Theater Company, at 12:30 p.m. Wednesday, Aug. 15, at Children’s School.

According to Sarah Wansley, CTC artistic associate, the activity will also ask Young Readers to come on stage and tell a story from their life or of their family. Afterward, actors from CTC or volunteers from the audience will improvise that story.

Schiavone said the last sentence from the Week Eight theme description — “The Forgotten: History and Memory in the 21st Century” — is an appropriate description of The Ethan I was Before in some way.

“This meeting of the past and present hinges upon what — and who — we must remember,” she quoted from the description.

After a significant change in his life, Schiavone said, “Ethan’s trying to remember who he was before this incident happened.” Readers won’t know what it is until they have reached the middle of the book.

“And I think in a lot of ways, he’s forgotten who he was,” Schiavone said. “It’s not until he starts to meet Coralee and starts to maybe become part of himself again.”

The author, Standish, said she experienced a loss “much like the one Ethan experiences” when she was in college.

“That played a big part in shaping my transition to adulthood, in how I thought about my relationships,” Standish said. “I wanted to write about the things I went through.”

Standish said at the same time, she was working in a school “where lots of kids were dealing with grief and trauma.” She said she did not see loss, grief or trauma “reflected in the books coming out for that age group at the time,” which is part of what led her to write her own book for children.

Standish said she would like the Young Readers to take away “hope, first and foremost” and “the knowledge that bad things happen to all of us” from The Ethan I Was Before.

“So long as we have hope, we are not lost,” Standish said.

Standish also stressed how important stories are, and the importance “of telling our own (stories), and of listening — really listening — to those of others.”

“Stories are how we grow, learn and heal,” she said. “I think Ethan and Coralee learn that from each other in the story.”

Sometimes it doesn’t have to be a full story — it could be general reflections from the readers. Standish encourages children to write letters to themselves about what they learned from the book, “about courage, strength, hope and friendship.”

“(It’s) a letter they can pull out down the road when things get tough and they need a reminder of how resilient they are,” Standish said.

To Schiavone, The Ethan I Was Before is not only valuable for helping Young Readers understand loss, but also “a great story about friendship.”

Schiavone said people shouldn’t be afraid to look for friendships in unusual places because Ethan also became friends with his grandfather, who at first seemed eccentric.

“(Ethan and his grandfather) have a unique understanding of one another,” Schiavone said.