Sketches of a Chautauquan alphabet — “ ‘B’ is for ‘Bell Tower,’ ‘G’ is for ‘Gate,’ ” — lined the walls, and the chalkboard at the back of the room was mostly obscured by a mural painting of the Athenaeum Hotel.

Most kids in the class live out of state and were visiting Chautauqua for the week, except for Matthew Johnson, 9, who lives in Jamestown. He, Sasha Koeva Brooks, 10, and Eliza Rizk, 9, debated where Jamestown was in relation to Chautauqua; the girls argued that it was far away, but Johnson said it was close — even closer, he said, “if you take a plane.”

“Why would you take a plane?” Sasha said.

“I don’t even think there’s an airport here,” Eliza said.

Matthew did not respond, perhaps because there is an airport in Jamestown, and they all continued tracing their hands with Crayola markers.

Every day during Week Seven, Herranz instructed kids on painting, printmaking and papier-mâché. He has degrees in both arts and Spanish education from the University of Illinois Urbana-Champaign and started teaching kids’ art classes at Chautauqua Institution last summer, organized by the School of Art. During the school year, Herranz teaches Spanish at Lincoln Park High School in Chicago.

Herranz said he gives the kids projects they can finish in a day, as well as weeklong long ones because they work quickly.

“That’s the nice thing about kids,” Herranz said. “They don’t agonize over things.”

Herranz has been working with kids since 1995. He said children can gain better hand-eye coordination and powers of observation from taking art classes, as well as social skills and cleaning responsibilities. Plus, Herranz said, “They have fun.”

“Good art teachers, I think, try to ask kids what they see and acknowledge their ability to observe things that we, as adults, don’t observe,” Herranz said.

For the pattern-making part of Tuesday’s class, Eve Kushmaul, 9, chose to work on the floor with two other girls. Eve asked if either of them wanted to be artists when they grew up, and they said they didn’t know. Eve declared that she wanted to be a marine biologist.

Back at the table, Matthew, Saha and Eliza worked on their own drawings. Matthew, decked out in a green Pokemon T-shirt and green Ray-Bans, wanted his to look “like the Grinch.” He accented his piece with orange, his

Eliza, who colored in her hand tracings with patriotic red, white and blue, mentioned that her mom wanted her to play her cello in Bestor Plaza this week because Yo-Yo Ma would be speaking and performing. Matthew admitted that, until recently, he thought Ma was a professional yo-yoer.

Around 11 a.m., Herranz announced that it was time to try papier-mâché, which most of the kids were already familiar with. Eliza said she already had a papier-mâché pig, and Sasha had a hot air balloon.

As the class wrapped up, Eve wanted to know if she had paint in her hair. She did, but she wasn’t the only one — almost everyone had paint- and Crayola-dyed hands, strands of hair and even some partial paint mustaches.

Still, Eve and the other kids were all concerned about returning to their families in that state. Herranz quelled the growing panic in the room by reminding the kids that “it washes out.” 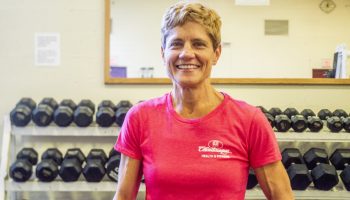 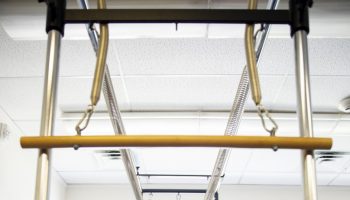 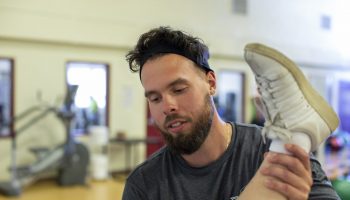 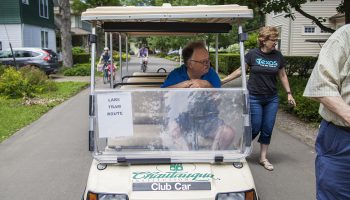