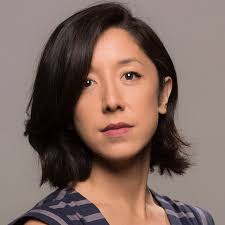 When it comes to New Year’s resolutions, education beat reporters have two chances at “fresh starts” to the year — the calendar year, in January, and the academic year, in August.

Moriah Balingit, the national education reporter for The Washington Post, didn’t have a set list of resolutions per se when it came to her work, but in a January episode of EWA Radio, the Education Writers Association’s podcast, she shared with host Emily Richmond a list of stories she hoped to be seeing more coverage of in 2020.

That list included topics like food stamp rules impacting the number of American students on free and reduced meals, and resulting stories about “lunch-shaming” told from the perspective of the lunch workers who have to employ such policies, and the students and families being impacted by them. Balingit also wanted to see coverage on school safety, and classroom conditions.

But the big topic, she said, is equity.

“One of the principles I’m trying to think about more as I move into the new year, and I’m going to try to do it with more intention, is that the U.S. education system is supposed to be, as Horace Mann put it, a great equalizer,” she told Richmond. “And anybody who has covered schools or attended schools knows that that is absolutely not the case. In fact, in some cases, it seems to have the opposite effect. It creates greater gaps, greater barriers for children who are already growing up in challenging circumstances. In some ways, it would be easy to get complacent about the system we currently have … and accept it as the norm, but that’s not the principle the system was built on initially.”

Balingit, who was a finalist for her beat coverage in the 2019 National Awards for Education Reporting, will participate in a special installment of the Chautauqua Lecture Series at 1 p.m. EDT Friday, Aug. 7, on the CHQ Assembly Video Platform, closing the Week Six theme of “Rebuilding Public Education.” Matt Ewalt, vice president and Emily and Richard Smucker Chair for Education, said Balingit will “share her learnings as a journalist covering education at the national level, speaking with teachers, administrators, students and parents at a time of great anxiety and fear.”

Balingit started working at the Post in 2014, as a graduate student fellow from American University, where she earned a master’s degree in journalism and public affairs while covering Virginia schools. Prior to joining the Post, she covered crime and city hall for the Pittsburgh Post-Gazette, where she earned fellowships from the International Center for Journalists and the Pulitzer Center on Crisis Reporting to report on the rise of labor unions in Bangladesh’s garment industry and on Nepal’s Bhutanese refugees.

“We’ve heard the issue of equity from all of this week’s speakers on public education, and Ms. Balingit brings particular interest and insight as a journalist on how the great challenges within public education are tied to systemic failures in other sectors of our economy and culture,” Ewalt said.

This program is made possible by Dorothy M. Wissel Lectureship.