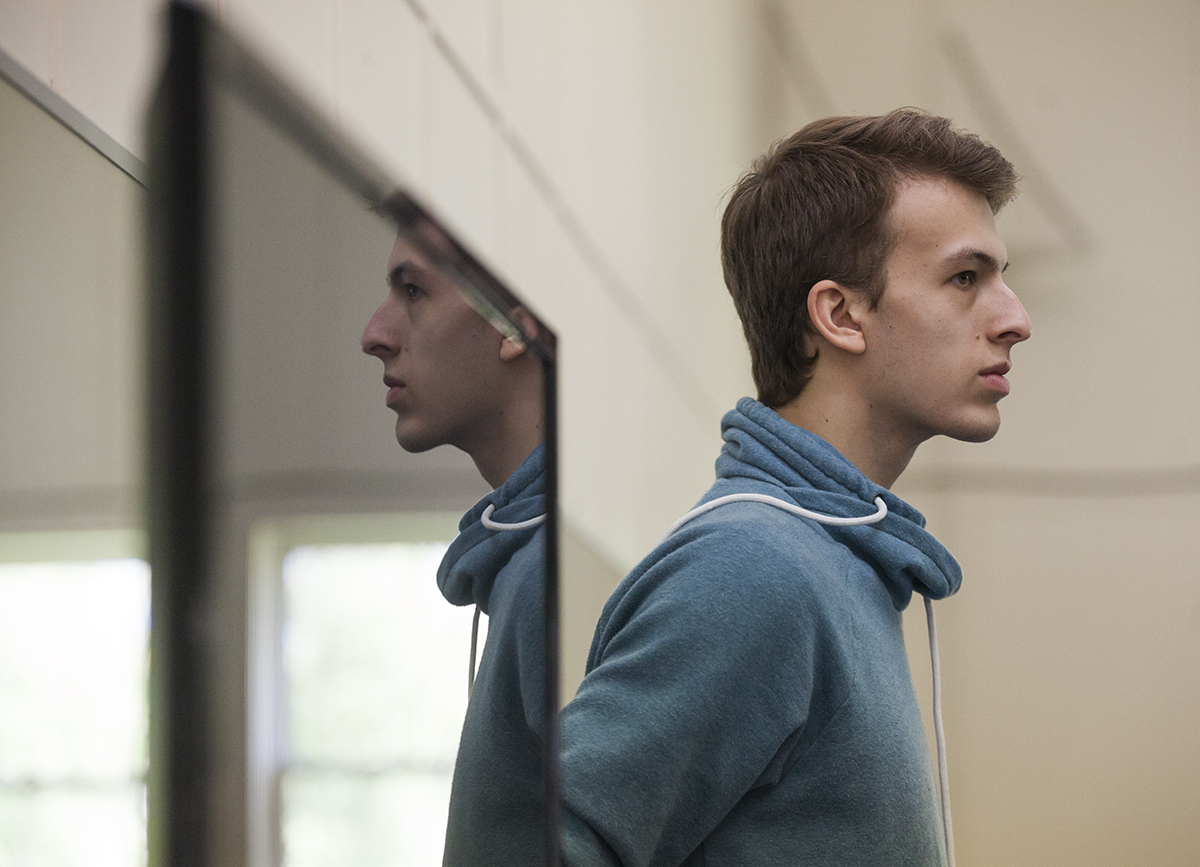 The students are becoming the masters in the Chautauqua School of Dance Choreographic Workshop.

The workshop is at 4 p.m. August 13 in the Carnahan-Jackson Dance Studios. Eleven student dancers will choreograph for their peers to create new works.

Mark Diamond, associate artistic director of Chautauqua Dance, said pieces originally submitted by 22 students were narrowed down to 11. A few pieces will be selected to be performed during the second Student Gala at 2:30 p.m. Sunday in the Amphitheater.

Michael Menghini, an apprentice dancer, is organizing all of the rehearsals as coordinator, along with creating a piece called “Happenstance” with 11 dancers to “The Lark” by Mikhail Glinka.

“I’m hoping that by me sharing my work, I can share the things that I see when I hear music with other people,” Menghini said. “I want the emotion that I feel when I hear ‘The Lark’ to be transposed onto someone else and for audience to receive.”

The workshop is all about collaboration. The students are working within each other’s dances, switching between the roles of choreographer and dancer. They are also required to use the musical accompaniment of the Music School Festival Orchestra students.

“I think it’s a whole other side of choreographing that a lot of people don’t take into consideration because you don’t often get the opportunity to work with live music, let alone be able to, in a way, help guide who’s playing,” Menghini said. “To have the opportunity to work with other students who are studying something that they’re passionate about, collaborating with them to create something that works from both angles — from the musicians’ point of view and the dancers’ point of view — is really something special.”

Schweighardt is taking collaboration to the next level with “How Precious the Moments Are.” He’s creating a piece around new music composed and performed by MSFO students Joe Bauer, Julian Loida, Lian Ojakangas and Juri Takeda. A poem by Loida will also be featured.

“I love the fact that not only is all of my choreography coming from scratch, the music as well, so the whole thing is completely new,” Schweighardt said.

But in creating something new, it can present some challenges.

Hansvick, an apprentice, is choreographing “Suspended,” which is centered around the constant ebb of highs and lows in life. She choreographed in the workshop last year, but she’s making this year different. She’s being “more risky” — her choreography even includes a part with one dancer sliding across the floor with another being thrown over her.

“I listen to the music over and over and I’ll listen to it when I’m in bed, when I’m at the gym in different frames of mind and then I’ll write down the different ideas I have,” Hansvick said. “I feel that if I’m in the studio and I play the music and I’m dancing, I’ll be more cautious and I won’t do things that would scare me. So, if I have the idea and I give it to the dancers, it tends to work better. That’s how I’ve started to work this year.”

It’s been a balancing act for the dancers, as they are choreographing their own pieces and performing in others on top of classes and performances with the Charlotte Ballet and School of Dance.

“You need to be really productive with your time,” Hansvick said. She said she’s learned how rehearsals should be run to do that.

Schweighart said even though the students are younger, they still have a voice to express and are qualified to choreograph.

“It’s going to be amazing to see the final product of what all these guys have done,” Schweighardt said.

Although those pieces might not be like what’s shown in the Amp or on television, Menghini said it’s important for audience members to understand the work and effort in each piece.

“Each of these pieces has a lot of heart behind it,” Menghini said. “Each choreographer obviously cares about what they’re creating. Whether the audience member likes it or not, it’s important to remember that for someone, this is something that is very, very dear to them. If you can’t relate to it in a movement sense, try and relate to on an emotional level.”