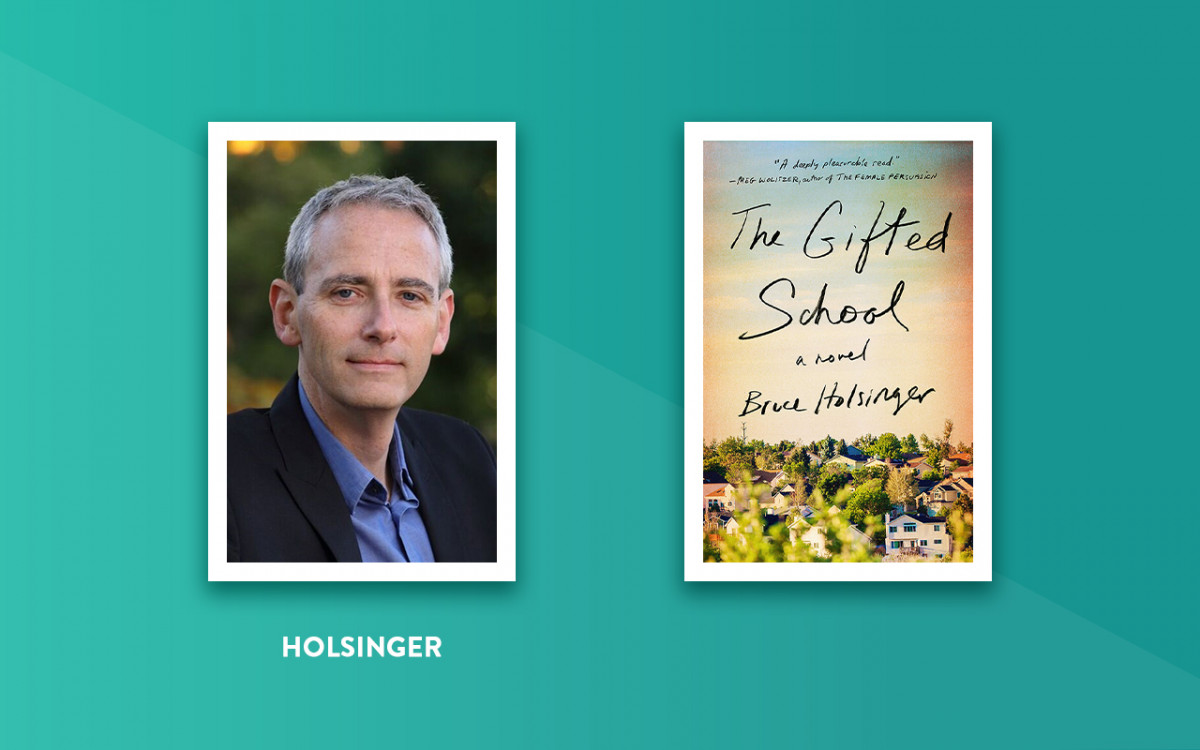 He might be a novelist and expert in Medieval English literature now, but the truth is that Bruce Holsinger began his storied academic career by studying the clarinet.

“I was a music major in college, and then I started taking all these courses at the liberal arts college,” said Holsinger, a novelist and literary scholar based in Charlottesville, Virginia, and the recipient of a Guggenheim Fellowship. “By the time I burned out on clarinet, I had cobbled enough courses together to have a second major in Medieval and early modern studies. From there, I went to graduate school in comparative literature — so it was almost an accident that I began working in that area.”

And though the disciplines of creative writing and classical clarinet don’t seem to be related, Holsinger said he’s greatly benefited from a background in music.

“For years, I’d practice four or five hours a day,” he said. “I think that has transferred to my writing habits. I think I really do have the discipline to sit down and finish something, even if it’s drudgery. Right now, I’m working on footnotes to an academic book I’m finishing, and it’s the same thing as practicing scales. It’s just the thing you don’t want to be doing, and yet it’s absolutely necessary.”

Holsinger, a professor of English at the University of Virginia and editor of the quarterly journal New Literary History, is also the author of the historical novels A Burnable Book, The Invention of Fire and, most recently, The Gifted School.

“I had the first glimmerings in my head for The Gifted School about 15 years ago, when my children were young,” he said. “I sketched out a few early chapters, early versions of chapters, but it wasn’t until a few years ago that I began writing it in earnest.”

At 3:30 p.m. EDT Thursday, Aug. 6, on the CHQ Assembly Video Platform, Holsinger will present The Gifted School — the Chautauqua Literary and Scientific Circle’s selection for Week Six — to a virtual audience. Holsinger said The Gifted School centers around a community of family and friends in the fictional town of Crystal, Colorado, and the lengths to which some adults in the community are willing to go to get ahead.

“This is going to be a wonderful presentation and a great addition to the week’s theme of public education,” said Sony Ton-Aime, Chautauqua’s director of literary arts. “When we talk about public education, we think about policies, and what the community and the government can do — but this book really engages readers on the personal and the individual levels.”

In between the time he started The Gifted School and published it, Holsinger said he published his two other novels, and that he’s “someone who’s always got four or five different projects going in my head at the same time.”

Holsinger’s belief in literary multitasking extends to his advice for young authors, who he says should always aim to be busy.

“When you finish your first novel, start another one right away,” he said. “Put that first one in a drawer for a few months and start another one. Fiction is an art, but it’s also a craft, and like any other craft it requires long hours, a lot of practice, a lot of learning about your skills. You’ll almost certainly not publish the first novel you finish.”

Of late, Holsinger said he’s hard at work on a new writing project that centers around the importance of animal skin as a way to record writing in the premodern world.

“I’m interested in that as a technology, as an object of contemplation and theology, and as a craft — I’ve made parchment myself in the course of researching this book,” he said. “It’s a fascinating 3,000 year history.”

This program is made possible by The Bess Sheppard Morrison CLSC Fund.