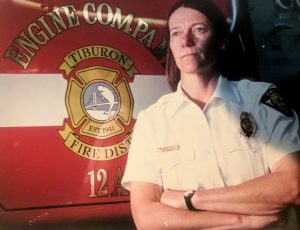 Residents and visitors of Chautauqua often speak of the impact the community has on their lives. They are left with a desire to return as often as possible, and Rosemary Rappole leading her third consecutive House and Garden Tour today is solid evidence of this.

Born Jan. 12, 1949, to A.W. Rappole and Francesca Goodell Rappole, Rappole, chair of the tour for Bird, Tree & Garden Club, grew up in Jamestown but spent virtually every summer at the Institution after sixth grade, according to her twin brother, Robert Rappole.

“It was terrific being able to be on the grounds as kids, a pretty wonderful thing, needless to say,” he said. “We went to Club, did all those things. The grounds were incredibly different back then, a different climate to be quite honest, pretty awesome.”

Rappole’s father returned from World War II, where he served as a flight surgeon for the Army Air Core in the Pacific. Her parents joined the Sierra Club while living in California before coming to Jamestown, with rumors circulating of “radicals” coming back from the West Coast, her brother remembered with a laugh.

Growing up, Robert Rappole said there were no emergency rooms nearby, but they always waited for their father to come home before eating dinner, sometimes late into the night. Their mother was involved with organizations around the area and Institution.

“People would say ‘You’re mother didn’t work,’ ” Robert Rappole said. “ ‘You’re out of your mind,’ I’d tell them. She had committee meetings and such every night. And that definitely influenced Rosemary because she was involved in all that, too, all the time.”

Rappole’s mother is the longest-serving president of BTG to this day. She served as BTG’s chaplain from 1963 to 1970 before being elected BTG president in 1970.

After being elected, she served every year but two until 1991, heading countless projects and pressuring the Institution to take a stronger approach in protecting Chautauqua’s natural environment.

She was honored by BTG in 1998 with the Francesca Rappole Night Garden between Smith Wilkes Hall and the Baptist Home. Her support of the seven-year study of brown bats by the Institution was honored with a large bat sculpture by artist Larry Griffis.

“We do all the things you hear twins do,” Robert Rappole said. “We won’t have spoken for months, then I’ll be calling her to say hello, and the line’s busy because we’re both calling at the same time.”

After high school, Rappole went to Elmira College, where she earned her bachelor’s degree in psychology in 1971 before earning her master’s in journalism at Goddard College in 1975. Rappole would then return to California where she kicked off a 30-year firefighting career, studying at California Fire Academy.

Working in Tiburon, California, Rappole would go on to become California’s first woman career fire chief in 1993, according to the Napa Valley Register. She would leave her position in 2002 to be closer to her family.

“In the last two years, I have been feeling an increasing pull to go home,” she told the Napa Valley Register. “It is the success of my staff that releases me, that makes me feel I can go and am not leaving a sinking ship. Transition time is now.”

Since returning to the area, Rappole has served as resource officer for the Chautauqua Volunteer Fire Department since 2006. She became the BTG chair of the House and Garden Tour in 2014.

“Her family home has been on the house tour at least 15 times,” said BTG President Angela James. “She’s got it in her blood. There’s no escaping it, and I don’t think she’d want to.”

James said Rappole’s career background makes her a perfect fit for such an important position. James said she’s added a different element to the tour each year, inviting the Chautauqua Opera Company in 2016, and bringing the tour back over Thunder Bridge this year with the inclusion of private gardens and the Arboretum.

“She’s motivated over 300 volunteers for this day, with over 1,200 people coming from off the grounds,” James said. “She doesn’t take ‘no’ for an answer but never gets into a shouting match. She has a real measured approach, and when you’re dealing with so many people, you need that.”

Susy Warren, communications chair for BTG and the club’s newest board member, said even though she’s just getting to know Rappole, she’s amazed at her expertise of the grounds.

“Her mother was chair of who knows how many house tours,” Warren said. “I’m amazed at how well she knows all the houses. It’s like she’s hung out in every single one.”

Warren said Rappole’s approach makes it tough to let her down because of how much she gives of herself. Warren said Rappole doesn’t do any of her work in a big, public way. She said that Rappole is very much a “servant leader,” making her a great team-builder as well as working with the everyone preparing for House and Garden Tour.

“(The volunteers) do whatever she needs,” Warren said. “I think that’s her legacy, taking it all to the next level.” 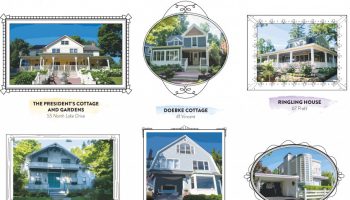 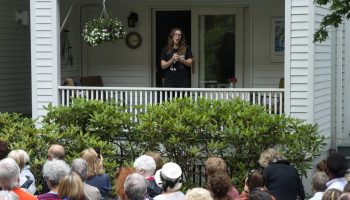 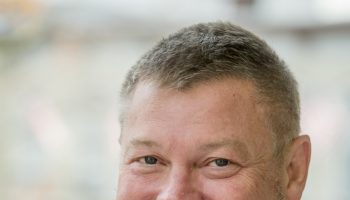 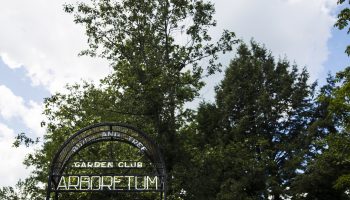