This summer was supposed to be Alan Held’s debut with the Chautauqua Opera Company.

“I was really looking forward to it,” Held said. “It’s funny because I’ve sent students to the program before, but I’ve never been there.”

The critically acclaimed bass-baritone was engaged to perform as Baron Scarpia in Giacomo Puccini’s Tosca and Daniel Webster in Virgil Thomson’s The Mother of Us All. Instead, this season he is working with Chautauqua Opera’s Young Artists as week four’s visiting Guest Artist.

Held will appear with General and Artistic Director Steven Osgood and this week’s featured Young Artists, Zachary Barba and James Eder, for Cocktails, Concerts and Conversations with Chautauqua Opera. The event will air at 5 pm. EDT Monday, July 20, on the Virtual Porch.

The group will screen Barba and Eder’s highlights from their masterclass with Held and answer audience questions. Held, who is a professor of voice at Wichita State University and the general and artistic director of the Wichita Grand Opera, has taught and spoke at countless virtual classes and events since March. He’s found that online voice classes have been “surprisingly successful.”

“This online teaching (and) online learning is more intense; everyone focuses twice as hard because (the camera is) right in front of your face,” Held said. “I didn’t really expect that, but I think people are growing in very special and different ways that they wouldn’t have before because of that intentional listening.”

Eder, a bass participating in the program from his home in Columbus, Ohio, said that although he is “infamously bullheaded” when it comes to most things, including voice instruction, he enjoyed working with Held and appreciated his personalized approach.

“He genuinely took in what you did and gave you some honest, non-pointed, helpful, friendly feedback on what was happening, so I liked that,” Eder said. “A lot of times (in a masterclass) it’s like, ‘Ah, someone’s clearly been reading a book about tongue tension,’ (because) they tell nine singers in a row to watch for tongue tension, and I’m like, ‘That’s not one of my problems.’”

At the end of the hour, Eder and Barba will premiere their a cappella pieces from Composer-in-Residence Frances Pollock and librettist Jerre Dye’s Chautauqua song cycle.

As a “true bass,” Eder doesn’t sing a lot of contemporary music. This was his first time performing a piece written specifically for him.

“Most of these newer pieces are frequently written for smaller casts. Most of which involve your more standard voice types: soprano, tenor, baritone,” he said. “You’re not going to get the super-high sopranos or the super-low basses or anything like that, so this was really interesting.”

Because he deals mostly in older works, Eder enjoyed the unique opportunity to actually collaborate with the composer and librettist of a piece.

“For your standard opera, the composer or the librettists are generally very dead and very lived-in-Italy,” he said. “Being right on the ground and seeing that these are real normal humans that write this stuff, not these figurative heads in the sky we can only seek to understand, makes it more enjoyable.”

While he won’t be taking the stage at the Amphitheater or Norton Hall quite yet, Held hopes to be at the Institution someday soon. In the meantime, he implores  Chautauquans to tune in with lots of questions.

“They can ask an opera singer who’s been there and done it all,” he said, “I’ve sung with all the great singers and conductors and directors of the past 30 to 40 years. I’ve got a lot of insights on that kind of thing. … I’m happy to talk to anyone about anyone and everything all the time.” 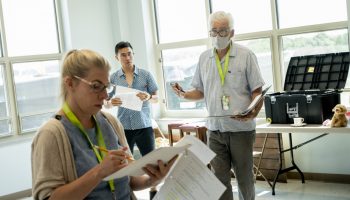 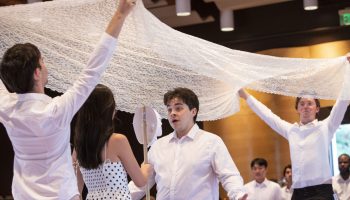