As a Russian, American, Jew and member of the LGBT community, Masha Gessen has never been one to stay inside the lines. The same goes for Gessen’s career.
Gessen is an author, translator and activist who has been an outspoken critic of both Russian President Vladimir Putin and U.S. President Donald Trump. 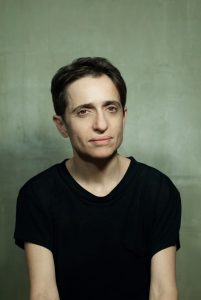 Gessen was born into an Ashkenazi Jewish family in Moscow and remained there until living in the U.S. between the ages of 14 and 24. In 1991, Gessen returned to Moscow, where Gessen worked as a journalist and experienced Putin’s rise to power firsthand.

“Masha speaks with the voice of a dissident, journalist, activist, and fierce critic of Putin, with firsthand experience of the censorship, discrimination and violence that define his regime,” said Matt Ewalt, Chautauqua Institution chief of staff.

In an interview with Out magazine, Gessen described feeling alone in covering the dangers of Putin’s reign.

“People thought I was hysterical, and now there are thousands, possibly millions, of people hanging on my every word, which is very bizarre,” Gessen said. “Basically, in Russia I have an absurdly small voice, and here I now have an absurdly large voice, because of Trump. I don’t think either is actually proportionate to what I have to say, but it definitely is more gratifying to have a very large voice than to feel like you’re screaming in a desert.”

Aside from covering Putin throughout a career in journalism, Gessen has also written nine books. The most recent book, The Future is History: How Totalitarianism Reclaimed Russia, won the 2017 National Book Award for Nonfiction. The story revolves around the lives of four people born at what promised to be the dawn of democracy in Russia and the unprecedented expectations and aspirations each person held.

The most challenging part of writing The Future is History was justifying the use of “totalitarian,” Gessen told Out magazine.

Gessen told Out magazine that focusing on the future is the only way Russia will be able to avoid totalitarianism.

“What’s going to happen is that not everybody has to work, and there have to be people thinking politically and publicly about how that functions in terms of creating a beautiful world in which people have fulfilling, secure lives, and are valued for who they are, rather than what they do, which is a truly profound shift in thinking, especially for Americans,” Gessen said.