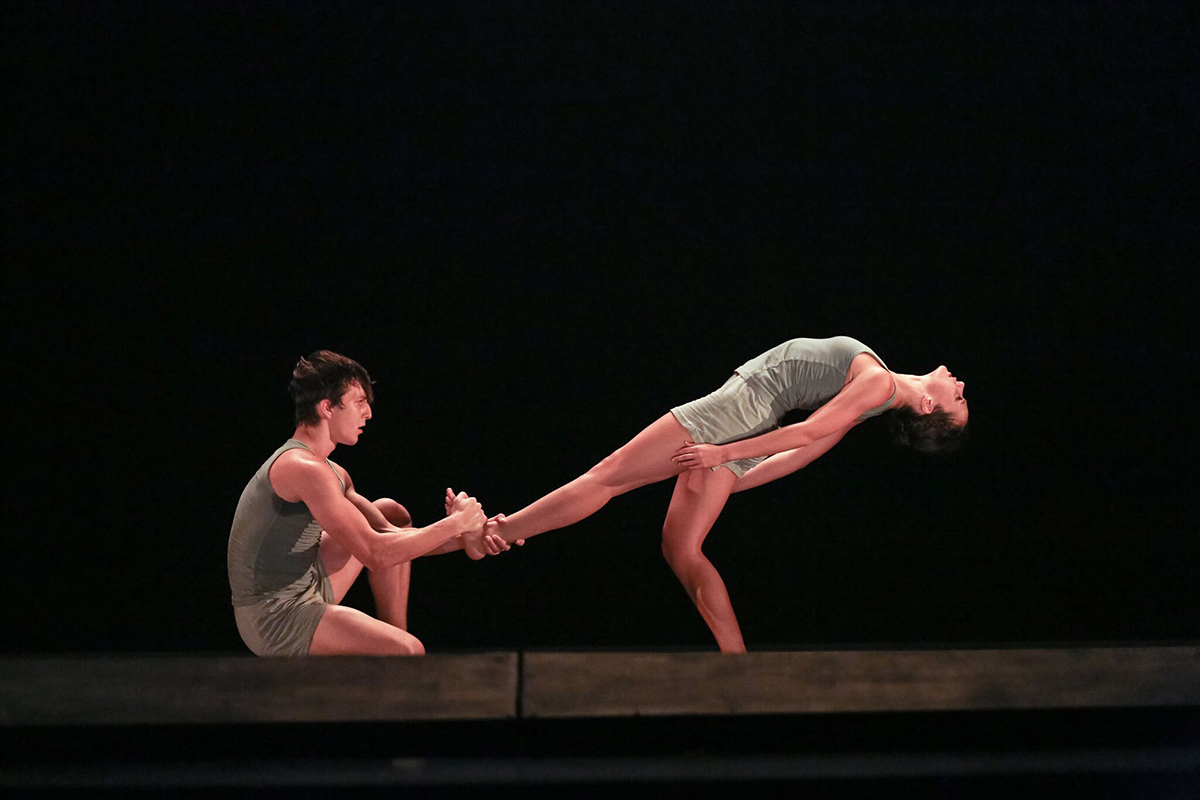 Ballet does not always have to be about tutus and pointe shoes.

“What it’s meant to represent is something that’s slightly different than what you’re used to seeing in a dance performance,” said Sasha Janes, Charlotte Ballet’s associate artistic director and resident choreographer.

“As a choreographer, I approach my ballets and take various paths, alternate paths,” Diamond said. “This ballet is really sort of a geometrical piece and it’s really based on circular movement. It’s kind of light in a way — it’s not a heavy dramatic piece.”

Diamond describes “Alternate Paths” as an “abstract, contemporary” ballet that is not en pointe.

The show’s second piece, “Shelter,” is choreographed by Janes. Janes said he designed the piece to showcase a lead woman, who, at the time, was Jamie Dee Clifton. Clifton danced eight seasons with the Charlotte Ballet before retiring. The soloist, who this year is Chelsea Dumas, remains on stage for the duration of the 25-minute piece.

“It’s pretty physical for the lead woman,” Janes said. “She’s the conveyor of what’s being said.”

A series of pas de deux, group movements and solos move the piece along.

Bringing innovation to ballet can also come in the form of costumes and breaking down notions of gender roles. One day, while in the Charlotte Ballet’s wardrobe department, Janes found himself struck by a collection of skirts. He asked around and learned that they were from an old Alvin Ailey piece.

“I just like the way they move,” Janes said. “There’s no particular rhyme or reason for that, but architecturally I just thought it was very interesting.”

He brought them to Chautauqua to incorporate into the piece’s debut at the Institution in 2012 and has used them since. All of the dancers in the piece, regardless of their gender, wear the skirts.

The music for “Shelter” is by award-winning Icelandic composer Ólafur Arnalds. Arnalds’ music had been featured in “Last Lost Chance,” a piece choreographed by Janes that also featured Dumas.

“I really fell in love with that music, that composition,” Janes said. “I really wanted to do another ballet around that music.”

The performance closes with “Minus 16,” a piece choreographed by Ohad Naharin. It’s a piece that’s new to the company’s repertoire, one that Janes said Jean-Pierre Bonnefoux, Charlotte Ballet’s artistic director, was intent on bringing to the dancers and to audiences in Charlotte and Chautauqua.

“It’s a masterpiece and it’s done all over the world,” Janes said.

Raven Barkley, who dances in both “Shelter” and “Minus 16,” originally saw the piece performed by the Alvin Ailey American Dance Theater. James Kopecky, the dance captain for the piece, had performed the choreography before but was excited to return to it with the Charlotte Ballet.

Its music pulls from an eclectic set of genres — the pound of techno, the pulse of mamba, the smoothness of Dean Martin and the mystère of Israeli music — in some ways making the 30-plus-minute piece feel like multiple pieces in one.

The choreography itself bucks traditional notions of form, preciseness and perfection. It’s fluid, but seeks to draw the dancers more into themselves, creating an intimacy with the movements and beckoning the audience to share in that intimacy with them.

“It’s meant to be pushing the boundaries of ballet or dance,” Janes said. “Perhaps it doesn’t always make the audience very comfortable.”